I borrowed your book via the Kindle Owner’s Lending Library although it is fairly modestly priced at $3.99 (currently). The book came to my attention when it was highlighted by GalleyCat’s Self publishing bestseller list. 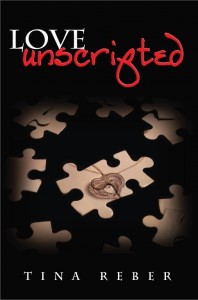 Taryn Mitchell is a twenty seven year old tavern owner whose heart has been broken one too many times. Her last relationship ended when she found out her fiance was a serial cheater. She’s cut herself off from men despite the many suitors who come to her bar and attempt to curry favor with her. One day, before opening the tavern, Ryan Christensen runs through her bar to escape frenzied fans. Ryan is a 26 year old actor who loves his job but hates the out of control fame that his success has generated. When Taryn finds him huddled on the stairs to her apartment, he is shaking, near tears with a torn short and scratches on his face.

Ryan is very private and has become paranoid and afraid of his overwhelming crazy stalker fans who are constantly chasing him. Taryn, who has never seen Ryan’s films, becomes an immediae oasis for Ryan and the two develop a friendship that transforms into love but managing a relationship with an actor is incredibly challenging, particularly for a woman who has already had past bad experiences with cheats.

What is really well done is showing the reader how difficult it is to date someone famous, particularly an actor. Not only are there the intrusive paparazzi and the constant lying and misrepresentation of facts in the tabloids, but there is also the problem of seeing your famous boyfriend being photographed with other women, rumored to be in relationships with other women, and long absences. I wondered while reading if it was really worth it which made me think that the story was doing a great job of portraying the risks and downsides of fame.

The book was less successful at selling me on the idea that there was any peeks behind the curtains. Everything that was written about the movie industry, Ryan as an actor, and industry information what you could glean from wikipedia. It was told to us in a very clunky and pedantic fashion, in the guise of teaching Taryn about his world such as providing paragraph long definitions of what various people on the set do.   The characters themselves are fairly flat.  Ryan is basically afraid of the world but acts foolishly.  For instance, he goes out to buy presents for his family without any security detail despite the fact that he is constantly mobbed whenever he is in public.  I wasn’t sold on the setup of the hero as an actor and even some of the paparazzis’ actions rang false (I.e., Ryan being able to sneak off in the morning because the paparazzi didn’t get up early enough).

The heroine was also a bit tiresome. Let me list all her other accomplishments. She is part owner of three vineyards, half partner in a catering business, plays the piano like a champ and sings great, AND makes stained glass art as well as designed her bar, her bar patio, and the kitchen renovation at a cabin.  Yet, she worries about paying for a renovation to her bar that would increase the productivity of her catering business only so that it provides conflict between her and Ryan.

The emotional drama of the two individuals struggling to trust each other when there are so many forces that work actively against them was visceral. I believed in that part of the story.

It’s a C- grade because of the strength of the emotional parts of the story but readers have to know going in that this is a rough read at times.  This book is a great example of what’s good and bad about self publishing. The bad is that this book was in serious need of editing. There were numerous spelling and grammatical mistakes such as the use of “pop” when you meant “pap” (short for paparazzi). Or the use of “improve” when you meant “improv”. The list goes on. There were weird and misplaced dialogue tags. You favored smirked quite a bit but used “jeered” in this sentence (“That’s two days in a row that you caught the first fish,” he jeered.”) which really made no sense. Again, this is a consistent and ongoing problem throughout the book.  What is good about the book is that the voice is compelling despite its many flaws which tells me it could be exponentially better if it were well edited, both for content and copy.  C-

The book is available in digital format from Amazon only.