Your voice, your storytelling style just works for me. This means that whatever flaws may be apparent for other readers are hidden from me. Am I the best person to review your books? Perhaps not. I tried to pinpoint what it is that I enjoy about the stories that you tell. First, the story is suspenseful. You place people we are attached to in jeopardy. The suspense storyline is balanced out by a romance that is not very suspenseful in that we know the two individuals are attracted to each other and their attraction isn’t foiled by faux misunderstandings or personal agnst. Instead, their ending is placed in jeopardy by external events. 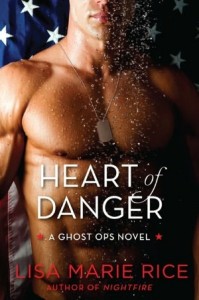 The setting of this book is about 10 years into the future. The landscape of technology hasn’t improved so much that it is unrecognizable which is both good and bad. It’s good in that it wasn’t difficult to follow the story. It’s bad in that I felt some innovations were lazy. For instance, the heroine uses an iPhone 15 and an iPad8. Who knows what will be the dominate technology in 10 years. Maybe it will be those devices and perhaps not but do we really believe that there would not be yearly iterations of the iPad? Why even force the readers to contemplate such nonsense. In this instance, use of generic terms would have better served the story.

I was also made uncomfortable by the overt coopting of actual heroes – the Bin Laden Seal Team 6. I’m not certain why this bothers me when all books containing books about readily identifiable characters are a coopting whether it is actors or athletes or servicemen but one character is actually the commander who led the Osama Bin Laden mission. I vacillated throughout the story about how much this bothered me. It bothered me quite a bit in the beginning, particularly when part of the story suggests that the commander was a traitor.

Probably the worst part of the story is the overt coopting of the Ayn Rand utopia from Atlas Shrugged.  In Atlas Shrugged, various members of the world drop off the grid and find their way to a utopian environment, Galt’s Gulch, where individual effort is the only thing that is rewarded.  In Heart of Danger, we have a recreated an outcasts’ paradise. All kinds of disenfranchised individuals, individuals treated unfairly by larger governments or businesses find their way to this place and it is a technological, agricultural and political haven. Everyone works together in harmony. All the food is organic. All the meals are prepared by an amazing chef. The equipment is state of the art (and stolen from military bases and other companies) and funded through siphoned off drug money. (That’s probably a violation of the Ayn Rand philosophy).

The heroine, Catherine Young, drives up a mountain side in search of Tom “Mac” McEnroe, his location and past sent to her in psychic images.  “Mac”  finds her when she is on the cusp of hypothermia. From there she must convince Mac and his two friends who head the utopia that she comes in peace and at the behest of their former SEAL Team 6 Commander. They believe that he had betrayed them and was somewhere on an island drinking and enjoying his ill gotten gains.  In order to believe Catherine, they must revisit the conclusions they have drawn about a mission gone wrong and the deaths of their brhters in arms.

There are villain points of view but those are actually necessary to heighten the suspense. Time is awasting back at John Galt headquarters while the poor former Bin Laden Seal Team 6 commander is being tortured and sentenced to die soon.  I did think  the right questions were asked such as why Mac should trust the stranger and the right answers were given such as she knows things she should not.  But he believes her readily and their romance proceeds smoothly, interrupted only by external suspense hijinks.

B- for the suspense and C- for the romance. There just wasn’t much there.