I borrowed this book through the Kindle Lending Library which allows me to borrow one book per month from my Kindle device. The one thing done well in this story was the suspense because nearly everyone is in jeopardy and bad things happen to even the “good” people but part of the high body count made this book almost laughable. 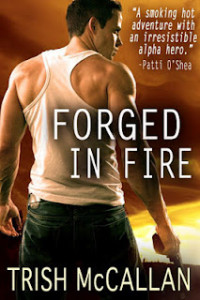 The story takes place over a couple of days. Beth Brown works as an engineer support staff for Pan America. She has a pyschic dream of a Pan American flight being hijacked and dozens of people being shot and killed. Even though she isn’t a believer in psychic dreams, she puts herself on standby on the flight and goes to the gate. There she sees a man in the flesh whom she saw killed in her dreams. This spurs her to believe in the dream and thus approach him.

The man is Zane Winters and he and two teammates are booked on the flight to travel to Hawaii for a teammate’s wedding. Zane has his own pyschic visions. He can see glimpses of the future when he touches those around him, particularly his teammates. Zane also knows that Beth is his soulmate. I’m not sure if it is some perfume she is wearing or some pyschic match or what, but Zane goes on point like a hunting dog when Beth moves into his orbit.

From that moment on, Zane believes that Beth belongs to him and begins to work to convince her of this, in amongst trying to save the flight from being hijacked.  Their actions and Beth’s last minute stand by addition place them under the scrutiny of law enforcement.  As a cover story, Zane and Beth pretend they fell in love over the weekend and she is traveling with him to the wedding.

There is an attempt to blend believability (the details of the hijacking which were fairly well done) with the absolutely incredulous (no Homeland Security involved? and insta soulmates? and visions?) and the balance barely works.

As the story motors on, it loses believability. At least two women are brutally raped but two kids are taken with no harm done to them. The husbands of all the women who are married die convenient deaths in order to make way for these women to be paired up with SEALs in future books. It was possibly one of the most egregious sequel bait writing in the history of sequel bait writing.  The women’s response to these brutal rapes? Almost nothing.

Yes, this book has action and suspense. Yes, there is a romance with a possessive/over the top male. Yes, the female Beth is decently drawn as having a mind of her own and not blindly following the hero athough, in the end, Zane calls the shots.

Yet, the way in which the story is constructed just kind of leaves me shaking my head.  I think the story needed to be longer and the romance less reliant on “I’m your mate, heed my command” to have worked.  Given the unfinished nature of the suspense mystery, it is easy to see why readers would go back for a second helping and I probably will revisit the series so long as I can do it for free with the lending program.  If I had to pay for it?  Probably a pass.  C-