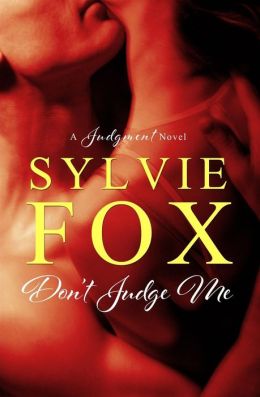 So far, Raphael Augustine’s ten year career as a comedian consists of a lot of ones: one night gigs, one night stands, and one night in jail. But he’s committed to inking a successful TV deal, nonetheless. He’s not looking for a relationship and certainly doesn’t expect to have his briefs tied in a knot by a prim and proper woman from Connecticut.
There’s not much to laugh about in Daisy Fletcher’s life. She never thought an Ivy League degree would land her work as an adult webmaster. Years later, fake chat room dates are her only companions, and a failing business her reward. Her father always told her men only want one thing. By selling that one thing to virtual customers, she’s lost faith in the opposite sex.

After Daisy catches Raphael’s shirt during a striptease at a gay bar, she’s tempted. Can a rakish comic change her ideas about love and fortune?

The story jumps into gear with a fast start. Daisy needs more oomph in her business which is suffering from user ennui. No, it’s not that people have stopped using adult websites but as Daisy has found out, the demand and drive is for new, New, NEW faces and combos and content. Eventually that will come back to haunt her but tonight it drives her to beg her friend Nari to accompany her to a gay bar where she meets her catnip, Korean-American Raphael.

But Daisy thinks Raphael is gay (he’s not, but his brother is) though this misunderstanding avoids being milked for comic relief. No, it’s when Raphael is arrested for sex with an underage minor (turns out the girl is of age but barely) that the truth comes out. Meanwhile Daisy is crushing on Raphael’s Korean-ness. Lots of effort goes into Daisy telling us that she’s really not fetishizing but given that she keeps saying how attracted she is to Raphael because of his ethnicity along with her long term friendship with Nari, Nari’s family, and Korean food, I find it hard to believe.

But okay let’s move on to Raphael. He’s not the typical hero material if only because of the many ways he keeps screwing up. I’m used to a hero being humanized with one bad decision but sleeping with a barely legal female is only the start of his problems with other women. But for some reason, he’s still attracted to Daisy. When he discovers what she does for a living, he thinks he’s hit the jackpot of sex with a sexy woman who knows all about sex from her job. A terrible first sexual encounter with Daisy keeps his sexual scorecard in the negative.

Raphael faces his own family problems with a father who has rejected his gay son and an immigrant mother who can’t or won’t stand up to her husband over it. He works his ass off to win a reality TV show that will get him a network contract and tries to work to keep Daisy in his life after never having to work to get any woman before. Will he be able to get her to leave her lucrative sex industry business behind and has 10 years of it warped her idea of sexual normal?

There’s a lot going on here. It’s edgy, it takes some risks with trying to make us like the hero after his sexual exploits. It deals with family logistics and immigration worries. It deals with Asian stereotypes while also exploiting them and then throws in some WASP ones as well. What was whole WASP aspect for? To show how Daisy learned her business skills from her banker father? To bring in the issue of her mother’s drinking? Just to show she has a flawed family too? And has Daisy’s view of sex and men been skewed?

The problem for me is that all of these things are introduced but few of them are carried to a end. The story builds up to a scene and then it’s over without us seeing how it resolves. At one point my notes say, “Back and forth again.” So many plot points get introduced but then sink without a trace.

Their relationship goes like a gerbil in a wheel. It just keeps seeming to circle around and doesn’t really get anywhere new until suddenly the book is almost over and both declare they love the other. I closed the book still feeling like they’re feeling their way through and not quite to the stage that is presented as done.

It did make me want to try all this Korean food. But I’m still uneasy about the way the book ends. I’m told that they’re in love and in a steady relationship but I think they’ve still got a lot of work to do and have some issues that I never really saw resolved. Perhaps that’s intended and this is a HFN, which I can see, but not quite a HEA. C-