I love Gothics. I’ve been reading them forever, since I discovered Lois Duncan’s Down a Dark Hall when I was in grade school. I think I love Jane Eyre more than Pride & Prejudice, and Virginia Coffman’s gothics are my gold standard for engrossing, smart historical fiction.  Your novel, Dark Surrender, was on sale on Amazon, and it piqued my interest. 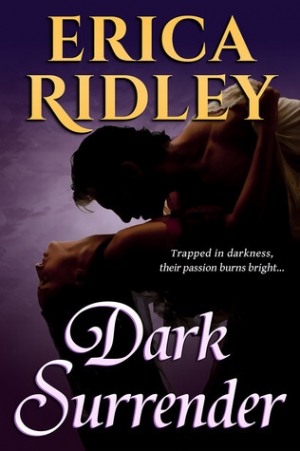 It was an entertaining read at first. I liked how it was good, trashy fun, with all the typical gothic romance tropes dialed up to 11. It’s set in 1835, in England, of course. There’s the feisty governess! The little girl with the mysterious illness. The creepy but incredibly hot master of the house. The moldering abbey. Lots of gore and death and violence and horror! And even properly stuffy, corny Victorian names like Violet Whitechapel and Alistair Waldegrave and Percy Livingstone, which are all straight from an episode of Dark Shadows. I was totally on board with this until… until…

Violet starts painting with ACRYLIC PAINT. (In the 1830s! Acrylic paint< is plastic. It’s pigment suspended in acrylic polymer solution, which is plastic. Plastic, folks. It didn’t debut on the market until the 1950s.) And she repeatedly tells her little charge, Lillian, “There are no rules in art.” That she can paint flowers “with checks and stripes if you’ve a mind to.” And she calls her “honey” over and over again. And my eyes started rolling so hard I thought they might fall out of my head and roll out the door.

Okay, if the story had had a really satisfying answer to the mysteries brought up in the plot, I probably would have liked it more. But it didn’t. It completely went off the rails at the end. Plot threads were dropped willy-nilly, and the ending was completely anti-climactic. Blah.

So, to post-mortem this sucker:

Our heroine, Violet, the plucky heroine, is on the run because she set this rich guy on fire with turpentine. Okay this might make her seem like a psycho and not heroine material, but it’s totally understandable! To quote from The Fresh Prince of Bel-Air, “see, what had happened was”… this rich douche Percy and his buddy are about to rape this kid that Violet was teaching. So Violet throws turpentine at the friend (because this all happens in her art studio at the school where she worked) and this candle falls over. So, it’s totally an accident, see? Percy also gets stabbed in the eye with a paintbrush, but I think that might have been the kid who did it. I still like to think of Violet as “Stabby McPaintbrush” though.

Anyway, she flees and ends up at the moldering abbey where Alistair Waldegrave and his mysteriously ill child Lillian are living. They live in a building that’s completely boarded up, because Lillian has a strange illness called “sun sickness” where, I kid you not, she will blister and burn lethally whenever the sun hits her. So, basically, like a vampire, and I don’t mean like vampires from 19th century lore– sunlight only weakened Dracula in the Bram Stoker novel– she’s like Nosferatu from the 1921 F.W. Murnau film, where the sunlight will actually kill her (and Nosferatu is the origin of the lethal sunlight trope in vampire mythology). The dad, Alistair, is determined to cure her, even though she’s been like this since birth, and he brings scientists and doctors to the house to try to affect a cure. But since he won’t allow them to experiment on her—in fact, he doesn’t even let them meet Lillian, or even tell them that she exists

(he says it’s just a cure for himself, since he’s pretending to have ‘sun sickness’ as well)
—they say no dice, that they can’t do anything.  And that’s that.

So here’s this kid, who has this debilitating illness which is SO debilitating I even question as to how she can stay alive. But it’s fine! Her governess brings art lessons and love and acrylics into her life, and Alistair and Violet get together in the end, and they’re totally a big happy family now, so I can’t really see how Lillian is going to have any issues going forward.

So the local villagers think Lillian is a vampire (because presumably they travelled forward in time to watch Nosferatu, as well as to buy acrylic paint) but somehow the torch-bearing, pitch-fork wielding mob never actually shows up on the page, and they never actually present as a threat. It’s just dropped. They just abandon their mob mentality at the end, for Reasons. It’s not made clear.

The abandonment of this plot thread was incredibly disappointing. The whole business with the “sun sickness” was silly, but it was interesting, and I wanted to see where the author would go with it. A lot was made of Alistair’s desperation to find a cure, and to have this dropped was really jarring, as well as anti-climactic. I think if the story had skewed more towards fantasy (or at least towards magical realism), leaving the mysterious illness as is would have been fine, but since there is a semblance of realism, it quickly becomes ridiculous.

The romance between Alistair and Violet was okay—I was pleased that the author took pains to make it 100% consensual– but there was just far too much space taken up by “oh you lied! No, I forgive you!” sort of nonsense. I also felt that the explicit sex scenes were tonally off with the rest of the book. (As a friend said, “it was gritty but saccharine,” which didn’t really work for me.) However, it was a relief to see that nobody spontaneously combusted during the sex scenes, given that’s a big theme in Dark Surrender.

There was so much plot smushed into Dark Surrender, that at the 80% mark I began to wonder if the book was actually the first in a series, and that if this story would end in a cliffhanger. I was sufficiently interested in the story that I probably would have bought the sequel (your writing, Ms. Ridley, is definitely ‘hooky’) but to see it all end like a five-car pile-up on the freeway really bummed me out.  Old school Gothic authors like Ann Radcliffe and Daphne DuMaurier and Mary Stewart and Virginia Coffman made sure to wrap up their plots like a tight ball of string in the end, and to see all the mysteries laid out and resolved is one of the great satisfactions of reading a gothic novel. Here? None of that happens.

The plot thread with the sun sickness wasn’t the only dropped plot thread.

So, the bad guy Percy that got stabbed in the eye with the paintbrush? He comes after Violet in the end, after burning down half of the abbey, because he’s pissed off Violet has gotten off scot-free from murdering his friend with the help of Alistair’s magic lawyers. At that point, I was rubbing my hands in glee, hoping for a delightfully OTT conclusion; but Violet just kicks him in the crotch, unhorses him, and that’s that. Percy gets away too. Anyway, just a page later, Violet and Alistair buy a big new manor somewhere in the Highlands (we get a brief note here that “the manor boasted plenty of wide, windowless rooms for her [Lillian] to roam during the day”) and they live happily ever after.

I guess none of the local Scottish villagers aren’t going to have any issues with Little Miss Not-A-Vampire, right?

God, this story was all over the place. The best I can say that it was a fairly entertaining read; but on the other hand, it was just so incoherent, badly paced and badly plotted. If an editor had taken a chisel to it, it could have been brilliant. Now that I think of it, I feel this story would have worked much better as straight up, out-and-out fantasy horror—Stephen King does gonzo gothic, or some such. Between Maybe-A-Vampire-But-Not-Really-But-Would-Be-Far-More-Interesting-If-She-Was Kid and Stabby McPaintbrush, it seems like it was going in that direction anyhow. Attempted child rape, paintbrush stabbings and burning guys alive– that’s what we buy romance novels for!

So I’m afraid that I can’t really recommend Dark Surrender. If you like the gothic genre, it’s not completely without merit, but it could have been so much better.