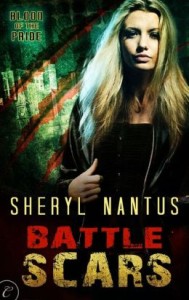 I like to start out all of my reviews by thanking the author for taking the time to write a story that captivates and delights audiences. This one is no exception. Rebecca Desjardins is a somewhat outcast – both by choice and by the fact she’s mated to a full human reporter – Felis cat shifter. Yet family always finds a way to pull her back in. This time, it’s in the form of a job. She’s contracted to find a missing teenage Felis girl, and the case becomes complicated right from the start when it’s discovered the girl ran off with the son of her family’s archenemy. Together, Rebecca and her reporter boyfriend, Bran, take to the streets of Toronto to find the missing Juliet and her Romeo – embroiling Bran in a world he left behind and tangling Rebecca in a mass of intrigue and lies worse than any cat-infested yarn ball.

One of the things that stood out for me was Rebecca’s compassion. Given her job as a private investigator and the fact that she’d been so long estranged from her Pride, she shows a remarkable amount of restraint and care for other Pride members in somewhat untenable situations. That she feels so strongly about dragging Bran into things he so desperately wanted to forget and understanding of his sacrifice speaks well of her character – and seems so unlike a feline as to be unbelievable.

While the story was entertaining and I enjoyed getting to know the main characters, it was missing that spark of life. All of the pieces were there and they fit together in the right ways, but the overall picture was lackluster and somewhat tarnished. I had difficulty with descriptions of the Pride, as a whole, for example. I know cats. I know the feline temperament. I understand the mixing of humanity in with the supernatural and the need to remain hidden slash band together for safety in numbers, but no cat I’ve ever encountered in literature, media or real life would give any quarter when something stood between it and what it wanted. The repeated notion of “Pride doesn’t kill Pride” didn’t ring true for me. It was almost as though you were trying to apply canine pack law to felines – which is usually the point the feline looks at you and promptly goes to hork in your brand new shoes and shred the curtains. There were also several places where one of the characters would do something particularly cat-like, or openly talk about Pride business in front of humans (or taxi drivers – they seemed to be a species unto themselves) and there would be an immediate mention of the need for secrecy. I had a serious case of whiplash from going “But wait a minute, didn’t Rebecca just talk about Pride in front of a human …”

The Shakespearean aspect of the story, complete with young lovers from rival families, was a nice touch and gave the story more traction than I would have thought. I particularly liked the way you didn’t gloss over what life was like on the big city streets for young runaways and more mature homeless alike. It felt a little overbearing at times, however, as if this were a topic dear to your heart that you couldn’t –quite- let go of for the sake of the story.

“Battle Scars” is very aptly named. All of the scars, emotional and physical, are honestly earned during literal battles. They are a portion of the character’s road map in life and are displayed proudly throughout the story, in both subtle and overt ways. The fact that not all scars are physical, and not all of them heal, is readily apparent. But there is just something indefinable missing. There is a disconnect somewhere between the characters and the plot. Each one, on its own, is great, but they don’t quite mesh together smoothly. They work together, though perhaps not in the ways intended.

So, for this square peg in a round hole of a book, I must rate it a C-.

As a reader who’s old enough to know better and young enough to not
care, I’ve breezed through the gamut of everything books have to
offer. As a child, I used to spend summer days happily ensconced in
one of the Philadelphia public libraries, reading everything and
anything I could get my hands on, thanks to the love and support of my
parents and aunts – teachers, mothers and/or librarians all. One aunt
started me with Nancy Drew books (whose pages are worn from hundreds
of re-reads) while another thought I needed introduced to C.S. Lewis’s
land of Narnia. By the time I was 8, I’d read everything the library’s
children’s section had to offer and had “graduated” to the adult room
downstairs. Fortunately for my very supportive parents’ sanity, I
didn’t discover romances until college. My days are currently spent
working in law enforcement (dispatchers unite!), working with first
responders, and trying to dig my writer/editor/reviewer husband out
from his latest pile of books. I’m a devoted fan of all manner of
romance (though I prefer my romance to have a hint of laughter and
self-awareness), mysteries, and urban fantasy.

Previous article: Friday News: Busting the famous writers self publishing myth; WordPress fights back on behalf of bloggers; Tablets are a big holiday item for kids
Next Post: REVIEW: The Fifth Favor by Shelby Reed