What Sirius had been reading: Part 2 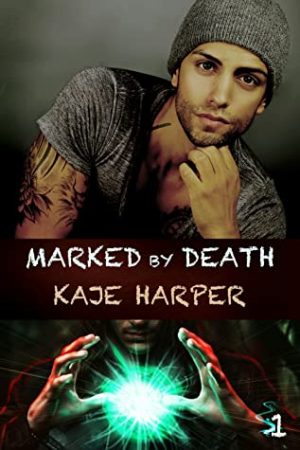 Asking a necromancer for help is scary; falling for him may be downright terrifying.

Darien Green’s afraid he’s going insane. The voices in his head are getting louder, weirder, and more numerous. But tattoos appearing on his skin say that there might be a magical reason, something other than his own brain going around the bend. He’s worked up the nerve to ask the local necromancer for help. Now he just has to survive his encounter with tall, dark, and talks-to-ghosts.

Necromancer Silas Thornwood doesn’t appreciate being woken out of his bed by a stranger pounding on his door. But when that stranger turns out to be a half-frozen young man with an unexpected appeal, Silas can’t turn him away. Even Grim, his cat-familiar, agrees— in a world of death and demons, protecting gorgeous, ghost-ridden Darien is Silas’s next difficult job.

I was happy to see that Kaje Harper had a new book out. I finished it in one sitting – it is quite short, 145 pages and apparently it was previously a serial for her Facebook group. The sequel is apparently coming this month. Note that this part of the story does not end in any cliffhanger, it is a pretty good HFN, but it does read as a beginning of the series overall.

The blurb gives a good set up. Darien goes to local necromancer because he has voices in his head bothering him to the point of exhaustion. Reluctantly Silas is trying to help, but things start to unfold really fast and really dangerously.

This book was tons of fun. I thought Silas and Darien had a great chemistry and I hope they will have a good future, if they both survive till the end. Of course I hope they will have more flesh on their character bones so to speak if the new books will come.  I thought the battle magics were really cool and I hope to have a more detailed explanation of how magic works in this world.

In fact, I hope to have a more detailed explanation of how the real and the magical coexist in this world. I mean we were given some, but I am still not sure how magic pretty much stays in the open (besides “making it sound something boring” spell).

I thought talking cat was a great comic relief and an important character in the book. I hope we will see more of him in the sequel:

““Come on. Powerful guy who talks to demons…” “I don’t chat with them.” Silas’s voice was dry as bone. “I kill the host and banish them.” “Seriously? You?” High-pitched laughter sounded from the bathroom doorway. “Oh, I do like this kid. Time someone took you down a peg.” Darien looked that way, expecting a woman, or maybe the elderly necromancer after all. The only thing to walk into the steamy room was a very large, green-eyed tabby cat.

The cat paced towards them and sat, tapping at a little rivulet of water on the tile with one neat paw. Silas said, “Thanks, Grim. I always can count on you.” “Grim?” Darien looked back and forth from man to cat. “Is he yours? He’s gorgeous.” The cat’s pink mouth opened. “Do I thank you for the compliment, or add some more claw marks for suggesting anyone owns me?” Its voice was high but with a hint of vibration. Its voice? Darien rubbed his eyes vigorously, and stared at Silas. “It talks?” “He, if you please.” The cat raised a paw and slowly unsheathed a set of very sharp-looking claws. He flexed the paw a couple of times, then set it down and stared into Darien’s eyes. “And of course I do.””

Besides wishing for more details in the settings – both magical and non magical (the action takes place in the 60s but honestly I would not have known whether it was the fifties or sixties or seventies if it was not mentioned), I thought the story was a little disjointed . The jumps from one event to another were a little abrupt for me but I am still very much looking forward to the sequel. 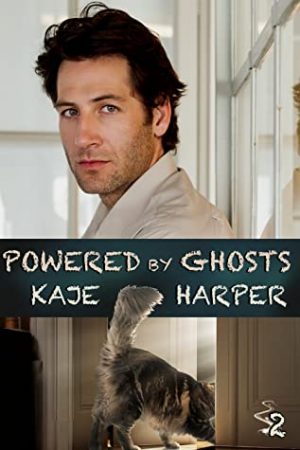 An untrained sorcerer and a reclusive necromancer face a ghost-infested town.

Darien is free of his dead invaders, and his eyes have opened to a new reality. In a world of sorcerers and necromancers, he’s full of power and potential, but completely ignorant. Necromancer Silas, and Silas’s cat familiar, Grim, are teaching him basic skills, but danger won’t hold off, just because he’s not ready.

Silas never planned to share his life with anyone, but after a week of shared battles and shared nights, Darien has become a fixture in his home. Silas has never met anyone with more raw magical ability, or less idea what to do with it. When Silas is offered a job hunting ghosts, he’s tempted to refill his depleted bank account, but reluctant to bring untrained Darien along. Darien’s eager to help, though, and eventually Silas gives in. It’s just a few ghosts. Nothing he hasn’t handled before. What could go wrong?

This is a part two in these series which according to the author started as online serial. I expected to like this one more than I liked a first part (I graded the first one 3.5 stars), but instead I liked it less. Basically Silas is invited to another town to deal with some ghosts and make some money, because this is how necromancers make money in this world and Silas’s savings are not at its highest point. Darien wants to go along with him and Silas does not really mind.

What I liked was Darien’s new familiar and that familiar’s interactions with Grim. I thought it was funny. I also love magic in its various forms and enjoy learning how different writers choose to make it manifest in their fictional worlds. There is a fascinating thing which some people build at some point in this book but I don’t want to say more without spoilers.

I still like Darien and Silas, but I expected both of them to become less sketches and get some flesh on their “bones” so to speak in this book and they did not. I just don’t think their relationship moved forward in this book at all.

Also “the culprit” in this case was so easy to figure out. And it still beats me why the author chose to note that 1963 is when the events of the story unfold. But for a couple references to World War two already being passed it could have taken place at any time in the 20th or 21st century.

→ Sirius
Previous article: REVIEW: The Book of Koli by M.R. Carey
Next Post: Kaetrin’s best of 2020