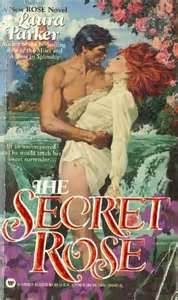 This book goes to show that a good author can write about anything and make you believe. From your bio I know you were a microbiologist and that you’ve visited Australia but never lived there. Well, this book swept me away to the Outback of Australia during their goldrush and sucked me into a world far from science. And believe me, after struggling to remember the Krebs Cycle in college, that’s a good thing.

Aisleen Fitzgerald used to be a wild young girl who wasn’t allowed to play with the village children so she ran free in County Cork. Then her loser of a father sent her to England as the companion of a rich girl at a school from Jane Eyre hell. Thirteen years later, she’s gotten an education above everyone she knows in Ireland, been fired as a governess after the family college boy got drunk and tried to rape her one night and is losing her mother to a second marriage. In desperation she answers an ad for a teacher in New South Wales, is accepted and is on her way before she can be told the position is filled. Now she’s a lady with no job or prospects in a land that doesn’t need ladies but does need brides. A position she has no interest in filling.

Thomas Gibson takes one look at the pretty young woman straight off the boat and knows why he’s waited so long to get married. It’s not the dearth of young women in Australia, it’s that it took that long for Aisleen to come into his life. Tom is an emancipist, a former convict who’s served his sentence and stayed to make his life Down Under. He finds out where Aisleen is staying and goes to propose to her. She’s horrified and turns him down flat. He tells her to think about it and he’ll be back in three weeks. When the time is up, she has no other options and the two work out a business marriage. Then set off for Tom’s sheep station with a detour to the goldfields which turns into a nightmare. Because Aisleen has a lot to learn about life in the bush, because Tom has a past about to catch up with him and the two have a rocky road to romance.

Aisleen sometimes isn’t an easy heroine to love. She can be opinionated, snobby, and totally unwilling to express or allow herself to feel any emotions. Life has taught her to be self contained, self reliant and to trust only in herself. Marriage is a trap for fools and weak women and will only lead to heartache. It’s all she knows and she has a great deal of trouble accepting that Tom might actually love her and be good to and for her.

Tom is halfway in love with his bride as soon as he sees her but has no idea how to deal with her sometimes. She’s educated (he’s not), she’s an ignorant of the basics of living in the bush country (he’s survived it for thirteen years), she’s reserved (he’s never met someone he couldn’t laugh with) and she totally baffles him. But he’s determined to keep trying. And after a
wedding night disaster fueled by a few rounds on him at his favorite Sydney pub to celebrate his marriage, things can only get better. He hopes.

I will warn anyone interested in this that the first three chapters are kind of slow going and it isn’t until page 60 that Aisleen gets to Australia and that Tom appears in the story. But once we’re there, I really felt like I was there. You work Aussie history neatly into the story. It was wild, wide open and filled with the bizarre and unusual. And that was just the people. The secondary characters add color and richness to the story and help move the story along. Tom and Aisleen don’t have an easy trip to their HEA but it was one I thoroughly enjoyed taking. B

Also, this is the third in a trilogy but it isn’t necessary to read the others first (I didn’t) and includes a handy Aussie dictionary at the end. Thanks for that!

This book is OOP and goes to show that AA authors are equal to other authors in getting crappy covers from publishers. I couldn’t find a copy of this book’s cover on the internet but here’s a German language cover which captures the flavor of it.
ISBN-10: 0446326399
ISBN-13: 978-0446326391