REVIEWS: Reckless by Maya Banks and Unwrapped by Jaci Burton 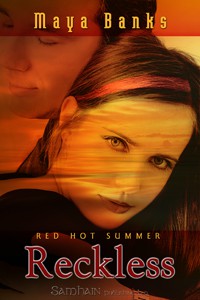 I know you have a list of books you think I should read that you wrote and books you think I will despise but I can’t recall where this one fell on the list. Nikki has wanted JT Summers for as long as she remembered wanting a man but she’s always been too young or too much his best friend’s little sister. Fresh out of college, Nikki returns to her hometown with one person and that is to claim her man. Unfortunately, JT still sees her as off-limits no matter how grown up he finds her. His list of why not’s include age, promise to N’s brother to keep her safe (which presumably doesn’t mean shagging her brains out), and not tying her down to a small town filled with small minded individuals.

The ‘why nots’ are in a fierce battle with the ‘hell yes’s’ his body keeps erupting with.

The efforts Nikki goes to seduce JT is quite humorous and JT inevitably succumbs although he puts up a good fight. Strangely, though JT misinterprets Nikki’s intentions and not wanting to tie her down insults her unintentionally. He then has to work hard to convince Nikki of the extent of his feelings.

I really adored the two characters although I thought the conflict was a bit manufactured by JT. After Nikki’s determined pursuit of him, why should he believe she was just interested in a quick lay. I was also questioning Nikki’s virginity in this case. I know that she always loved JT but as sexual of a being as she appeared to be, she never experimented in college? Minus those irritants, the book was a quick sexy read. B 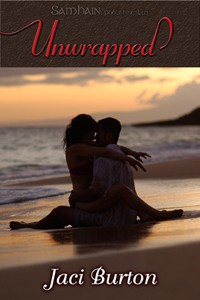 I’ve found that I really like your novellas and so jumped at the chance to read the book. Amy Park is focused on her career. She’s angling to make senior partner and closing a deal for wealthy sporting goods client, Mitch Magruder, will go a long way toward fulfilling that goal. Near Christmas, Amy finds herself winging her way to Hawaii with associate Jason Garret, the firm’s young superstar. Justin’s getting a long of accolades for his work which aren’t necessarily unwarranted but still frustrating for Amy who sees a gender gap in how people are treated at the firm.

This is a very sexy story and again, I liked both characters although I thought Justin was a bit smug and overbearing at times. I had a few problems with the portrayal that men can handle the work/life balance better than a woman (usually this is only true because there is a woman in the background smoothing the man’s way) and that a woman would need loosening up by a man. But I can’t deny the heat or chemistry between the two and the threesome with client Mitch was a scorcher. The power imbalance slightly evened out at the end of the story when Justin made a big seemingly big sacrifice. B