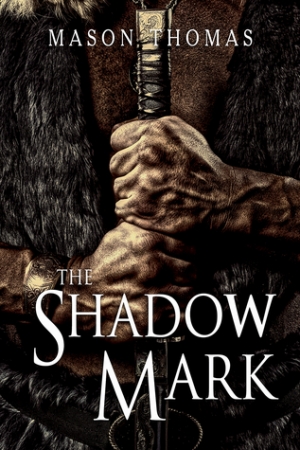 A Lords of Davenia Novel

Auraq Greystone, once a military officer with a promising future, exists on the fringe of society. Accused of murder, Auraq is on the run from the ax—until two fugitives crash into his solitary life. One is a young man named Kane. The glowing marks on his arm pulse with an otherworldly power, and they have made him the target of a sinister organization called the Order of the Jackal. When the old man protecting Kane dies in an ambush, Auraq swears an oath to take his place.

But the runes are far more significant than they realize. They are a message from the shadow realm, a dark memory of the past—one holding evidence of a bloody massacre and its savage architect; one that will shake the kingdom to its foundation. Risking arrest and execution, Auraq fights to get Kane to the capital city where the cryptic marking can be unlocked. And with assassins close on their trail, Auraq might never get the chance to show Kane what’s in his heart—or the way their journey together has changed him.

The Shadow Mark is an epic tale of magic, murder, conspiracy, betrayal, and—for the two men tasked with unraveling the mystery—love and redemption.

I liked the first book in this series and reviewed it here at DA. I had some issues with “Lord Mouse,” and I am happy to report that I thought that the second book did not have those issues for me, with the exception of the copy editing. Unfortunately, I have to warn readers that since I specifically noted the copy editing issues in the first book, I cannot tell you whether copy editing of this one was much better or stayed the same. I often tend to miss these issues even if I remember to check and double check, and here I was too engrossed in the story to notice any problems.

This book can definitely be read as a stand-alone. The only connections between the two stories are that both books are set in the same world, and the deadly political intrigue mentioned in the first book is made somewhat clearer in this book.

This political intrigue holds the answer to a serious problem the main characters face in the second book. I am sorry for being so vague, but I really do not feel I can say anything more specific – the blurb does not say a word and I did not have any issues with this storyline, so I do not think I have any justification to reveal any spoilers.

I actually thought the blurb was excellent and described the setup very well without giving away important spoilers. Formerly in the military, Auraq is on the run from them when we meet him at the beginning of the story, when during a cold night two men ask to share his fire. While initially hesitant and suspicious, Auraq cannot turn away the old man and his apprentice and he lets them sit at the fire. They share food and stories, as much as Auraq willing to talk anyway, which is not so much. While Auraq likes his guests almost against his initial suspicion, very quickly he realizes that they also hold their secrets. Auraq decides that he will go with the two men at least for the part of their journey in order to protect them, but their journey together is cut short when unknown assassins attack them almost right away. They fight hard, but the old man who was the apprentice, Kane’s, master and protector dies in the ambush.

Auraq had promised that he would help Kane reach the end of his journey safely, which for Kane means figuring out the mystery of his mark, a mark he did not ask for and is hoping to get rid of.

So basically a large part of the story is a road trip – Auraq and Kane trying to get to their destination (Auraq decides to bring Kane to the city he was born and lived in for some time) — and it turns out to be a *very* exciting road trip. They have to fight people and beasts, and both are very dangerous adversaries. When they finally make it to the city danger does not let them go at all, and I was really interested to see how things will work out. Even more surprising, I really wanted to know who was behind the mark on Kane’s hand and why the mark was placed on him. I was surprised because initially the mystery seemed trivial and even kind of boring to me, but the more I learned (and I really liked how the information was revealed in pieces throughout the story), the more intrigued I became.

There is a romance, but it is the background, which made perfect sense to me since both guys were really busy throughout the book. Basically all that happens is an attempt at a kiss that does not go well, and later, when they agree that they want to have a shot at a future together, we have another kiss and an “I love you.”.  So this is basically – we were in mortal danger and the events that brought us together helped us realize that we are in love with each other.  If this is not enough for you, you probably should stay away from this book.

I found this to be a very satisfying read.

→ Sirius
Previous article: REVIEW: The Thing About Love by Julie James
Next Post: Thursday News: PRH UK to pay “students,” stepmothers, what romance is, and where to find it