REVIEW: The Private Life of Helen of Troy by John Erskine

Some of you will wonder why on earth I’m reviewing a book that’s over 80 years old and was written by John Erskine a Columbia University professor of English who went on to also be the first president of the Juilliard School of Music. Well, the answer is kind of rambling. I first read the Iliad and the Odyssey years ago. I was fascinated by them. Then over thirty years ago I saw this book in a UBS and loved the cover painting (which I can’t find an image of anywhere on the internet) of beautiful Helen in a chiton, raising her arms to fiddle with her hair. Yes, I’m shallow. Then I read the book and loved it.

Over the years and several family moves, my copy got lost. Occasionally (Before Internet) I’d think about it and wander through a UBS to see if I could find a copy but I was hampered by not remembering the author or the exact title though the cover image stuck in my mind (see shallow comment above). But for some reason once I could easily find it (After Internet) it never crossed my mind.

Recently I thought of it again and decided to finally find the darn thing. A quick trip to bookfinder.com and typing in “Helen of Troy” yielded immediate results. Now to find the exact copy I wanted which took a little longer but wasn’t impossible. The package arrived and presto! there it was. After discharging some promised reviews, this weekend I finally got a chance to pull it out. Would I still like it? 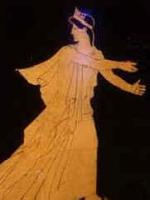 The answer is yes. It’s filled with sharp insights into human behavior and witty dialogue, along with obvious knowledge and love of the Greek classics. It doesn’t read as if it’s a senior citizen but seems as fresh as if written 2 years ago. I headed over to The Behemoth Bookseller of the Internet to see what others thought of it. Hmmm, only 2 comments and one (the one star) complained it’s all talk. Well, yes it is but it’s fabulous talk. Erskine doesn’t make the characters do or say anything that isn’t written or suggested by the ancients. He includes and incorporates the many diverse possibilities for the story of the post Trojan War lives of Helen, Menelaus, Hermione, Orestes, and the rest of the cursed family of Atreus along with a brief appearance by Telemachus in search of news of Odysseus. 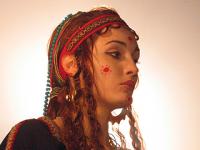 But beyond the classical accuracy, what I really enjoy about the book is how modern Erksine makes these 2500 year old characters appear. Helen comes off as a free thinking sometime meddler, Menelaus a slightly henpecked husband, Hermione a conservative rebel against her mother’s behavior, everyone has troubles with the in-laws and they’re all watched and commented upon by Menelaus’ old gatekeeper, Eteoneus.

“I want to talk with you about Hermione.”

“Nothing’s wrong. I just want to discuss her future. We haven’t given it much thought yet, and you must feel as I do that we should plan together for the happiness of our child.”

“That can wait,” said Menelaus. “I’ve a great deal to do this morning. The thing isn’t important, anyway; Hermione isn’t unhappy.”

“It’s important to me, Menelaus. Hermione may not be unhappy–she isn’t, I hope–but she has been much neglected. I don’t see how you can postpone the obligation a moment longer.”

“Well, I like that!” said Menelaus. “If she has been neglected, kindly tell me who neglected her? You speak as though it were my fault!”

“We both of us left her, though for different reasons,” said Helen. “But you really aren’t busy, Menelaus. When I came in you were standing there, gazing out the door.”

“I wish you’d learn that a man may be profoundly occupied even standing still and gazing out of a door.”

[Their conversation continues as they discuss Orestes, the son of Menelaus’ brother and Helen’s sister, as a husband for Hermione.]

“She reports that she’s in love with him. Nothing more specific. I certainly have no first-hand acquaintance with him, but I know his mother and you know his father–that’s the politest way to put it; he must resemble one or the other.”

“I can’t say I ever liked your sister,” said Menelaus, “but you ought to be more complimentary to Agamemnon, I should think; you often approve of his point of view–at least, you usually side with him against me, and he’s uniformly civil to you. One of your admirers, in fact. But whatever you think of him and Clytemnestra, it seems unfair to lay the blame on Orestes.”

“Blood will tell,” said Helen. “I’ve always considered that the weak side of the house.”

“Clytemnestra weak?” cried Menelaus. “Do you know your sister? Long ago I told Agamemnon he was a brave man to marry her. He’ll believe me now, if ever he gets through with those bonfires of his and comes home. The night we parted I suggested that he wasn’t eager to face his wife again. He’ll remember the remark.”

If you’re unfamiliar with the characters and their stories, it might not be a bad idea to read up a little bit so as to catch all the subtle references. But even if no one decides to try it, I hope my review will encourage you to seek out some long forgotten treasure you’ve been meaning to look for. Happy reading!

This book is currently out of print but is available from many online UBS and as a free download at Project Gutenberg of Australia.