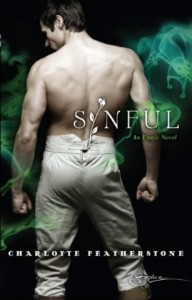 Jane Rankin works as a nurse in a volunteer hospital in the Ton, doing so with a handsome doctor named Richard. Despite living with a prolific, though eccentric, socialite named Lady Blackwood, Jane is actually born of an unhealthy relationship from a prostitute of a mother and an unnamed duke.   At 8, her mother dies, and the duke, who wouldn’t benefit from raising a bastard daughter, tries to sell her off to a wealthy older man who isn’t too friendly.   Because of the entirety of her childhood traumas, Jane is a spinster who avoids the idea of men at all costs in the pursuit of giving back to Lady Blackwood, who took her in after she tried to escape from the man who bought her many years before.

He temporarily cannot see because of bandages and gauze, but finds comfort in Nurse Jane’s voice.   When he entices her to do some physical things that make them both question their sexuality.   Jane begins to wonder if she really does need a man to survive, and Mathew begins to open up to the idea of women being more than sexual toys.

Mathew gets released from the hospital with a silent promise to Jane that he will continue their relationship despite the disapproval of Richard and many others.   They set up a meeting for sometime later, though Mathew’s eyes are still troubled, and he cannot fully see his beloved.   A second meeting is then scheduled – this time with Mathew’s sight completely restored.   When he sees Jane, he scoffs at her ugly looks, and insults her directly, believing that the red haired woman he sees before him cannot be Jane.   Jane, heartbroken, gives up trying to show him who she really is, and ignores him – until they end up attending a wedding together, and they realize that there is more behind what the eye perceives.

You managed to weave an interesting tale, combining sizzling sex scenes with characters deeply rooted within their sexual identities.   Mathew’s need for rough, un-affectionate intercourse is deeply contested by Jane’s need for love and true happiness, and you manage to show both character’s need clearly and effectively.   Mathew is a likable male protagonist, and his childhood issues involving sex and women made a great impact on the storyline, and treated with a fair amount of importance that managed to be realistic based on the situation, though said realism was stretched sometimes to meet the sexual needs of the characters.

While Mathew was all well and good, and his viewpoint was visited more than enough in the novel, Jane is truly the reason I enjoyed your novel.   Her spirit is enviable. I really liked the idea of a character who is so uncommon–red haired, average looking, and intelligent without being haughty.   Her voice is fun to read, and her take on Mathew is humorous and sharp.   I also enjoyed the slight jab at steampunk through Jane’s reference of the mechanical device.

Anais called as Jane reached for the door.   “Look beneath the brashness and you will see a completely different man.”

“Nonsense, to bleed means that you have a heart and blood in your body.   Wallingford has ice in his veins and a mechanical device in place of a pulsating heart.   He is an amoral, unfeeling rogue.”   Page 144/145

Not only did she manage to insult him, but you were able to reference another fictional genre that takes place in the time period.   A brief mentioning of a meeting between the lovers in The Crystal Palace helped reinforce it quite well, even if it wasn’t a major aspect of the novel.   I just found it particularly interesting and executed well.

The overall relationship between the two characters was done well enough, especially considering the later trials you put your characters through.   The ultimate choice between Jane’s morals and Mathew’s ability to get past his childhood traumas was smartly put and had just enough tension to it to force me to finish right away.

The writing itself was very poetic, if at some times verging on coarse during sex.   For instance, I would have appreciated Mathew’s lack of using the f-bomb so much.   I get that he is a tortured soul, and while I appreciated his depth, the language was a little excessive during sex.   And, while I’m not the best at pointing out anachronisms, I’m not a hundred percent sure the f-bomb was used then.   But I have no expertise in that area, so take it with a grain of salt.   Other than that, the historical aspect was pretty well done, with just enough details to make it seem accurate without going overboard, such as the mentioning of The Crystal Palace and descriptions of architecture.   The scene transitions and descriptions are also welcomed – I loved how you could go from describing the beauty of a building to going inside it with Mathew and describing the deviant whores and prostitutes that lived inside of it.

However, despite all of these good things, some of the scenes are slightly drug out – if just because sex scenes compensated for some emotional baggage – and some of the character archetypes, such as the lovable matriarch and the wicked step mother, are nice and familiar, if not very original.   The use of early on blindness as a plot device for their later relationship was a win/lose situation for me, if because it made the entire story seem more of a series of bad things happening as opposed to overall emotional issues that the characters faced.   I also would have liked to see you use Mathew’s painting ability more.   It’s decidedly ignored for the middle part of the novel, and it rather disappointed me when it was such a large part of his character.   Also, Richard’s sudden dropping of Jane as a possible wife in the tail of the book is sudden, despite the forwarding time, and I would have liked a more resolute solution to it than a simple brush off from the heroine.

This is a trade publication from Harlequin.