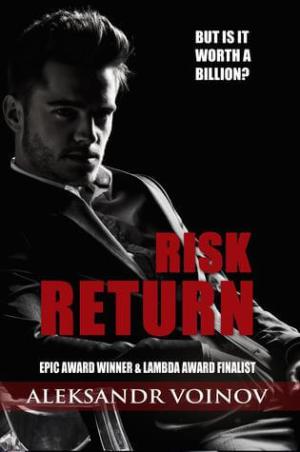 Six years ago, young and bright investment professional Martin David got exactly what he wanted—a relationship with Francis de Bracy, his boss at investment fund Skeiron Capital Partners. Having now started their own business in Germany’s banking capital Frankfurt, Martin and Francis’s life is sweet and easy.
Until the Jesuit Emanuel, Francis’s former mentor and teacher, shows up unbidden and unwelcome. Emanuel brings with him a devil’s deal: Charles de Bracy, one of Francis’s most unforgiving enemies, has sent the Jesuit to broker peace between himself and Francis. And Emanuel does not come empty-handed—Charles is offering Francis the family fortune if Francis travels to the US and reconciles with his estranged father.
Martin knows how proud and headstrong Francis is. No amount of money will bend his will. But as toxic as the past is, maybe facing it will finally give Francis peace. Yet, if Charles is anything like his son, he’s a formidable foe, and Francis’s scars and bitterness run so deep a billion might not be enough to even the scores.

Risk Return is the sequel to Return on Investment.

Sunita and I reviewed “Return on Investment” here when it was released. Even though it was a mixed bag for both of us, when I saw that the second book was out I was curious enough to buy it. I have to say that I enjoyed it more than the first one. One reason is that Martin seemed to acquire a more likeable personality after the end of the first book (or he simply grew up – since six years have passed since the events of the first book, that makes sense to me too). Romance readers will want to know whether this book is a romance because I believe that the author did not consider the first one as such. I have no idea about the authorial intent (and to be quite honest I’m not interested in knowing, since I’ve already read the book and interpreted what I read to my satisfaction). My interpretation is yes, the book is definitely  a romance. We have an established couple dealing with external and some internal (to a much lesser degree) conflicts, they get their HEA, and the focus is on them throughout the book. Romance! Try it out if the writing style and subject matter are to your liking.

As the blurb tells you, Martin and Francis started their business in Germany after the events of the first book and seem to be doing very well. From my very non – financial, outsider POV, they were not only making decent money but also doing good work: by restructuring struggling companies, putting enough capital in them so they could expand and grow, ensuring workers kept their jobs and sharing the wealth when companies profited. I liked that a lot – do good and make money too.

Martin and Francis are also very much in love. I really liked the restrained way it is described. We get that Francis does not really like touching Martin in public, so when he touches Martin’s hand it is a big deal, and then we get sentences like this:

“Martin was mute. Again, and over and over, he became aware how much his heart hurt when Francis looked at him like that. The kind of gentle, sweet pain that could make him grin like an idiot and feed his soul forever”.

We also get some very hot kisses and some hot sex scenes, which really do move the story of the relationship forward. I liked it a lot.

Earlier I mentioned an internal conflict between them, and it really was not much of one, just Martin still having some insecurities about being with somebody super rich and super brilliant like Francis and Francis trying to get him to understand that he should not feel that way. Again, I think the story spent as much time on that as it deserved (not very much) and once again I really liked how it was done. Opinions may differ, but if I had to hear non-stop about Martin (who while not nearly as rich Francis is still far from poor) feeling sorry for himself a lot, I would have been annoyed. I was not annoyed – at all.

“Well, yeah.” Martin lay back too, rolled onto his side. “I mean, aren’t you tempted by the money?” “At some point, Martin, you need to stop tying your self-worth into money. Granted, life is a lot less pleasant when you’re poor or struggling or have reasons to be anxious about money, but it’s not the be-all, end-all of life.”

I thought it was kind of hilarious that Francis of all people was giving him this advice, but he meant well, so I shrugged and moved on.

When I read the blurb I thought that the main conflict of the story would be Francis deciding whether to meet with his father, the meeting itself, and his getting closure or not getting closure. Basically I thought that this would be the focus of the story.  It was and it was not, in my opinion. The blurb does give us correct information, but the way it describes the plot is somewhat over the top. First of all, Emanuel does not show up unbidden and unwelcome – Francis may not be too happy about the purpose of his visit, but Emanuel is always welcome in their house.  Francis’s fights with his father had lefts wounds that were still not completely healed, so confronting the fact that his father wanted to see him one last time and deciding what to do was not easy at all. I loved that Martin tried to think about what would be better for Francis even if it would have been easier not to insist on anything. So, yes, Francis v. his father was shaping up to be one of the main themes of the book and in a sense it was one, but I could not help but think that the events at his father’s estate ended up to be a bit anticlimactic. It was strange, really – when Francis and his father were in the room, it was full of so much tension but eventually it seem to lead to nothing. Well, not nothing, exactly – I guess closure and the strengthening of his bond with Martin was the whole point, but it was a little bit frustrating for me that all this tension did not explode into something more climactic.

I was happy to meet Francis’s half siblings, though, and I am definitely looking forward to the possibility of one of them getting a separate book, according to the author’s note.