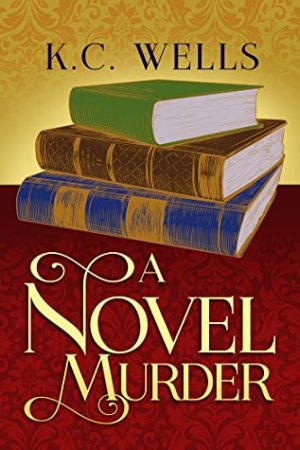 This is book three in a series of cozy mysteries with sprinkles of m/m romance. I found it just as lovely and enjoyable as the first two books. There is really no personal conflict between Mike and Jonathon in this book. I mean they are continuing to figure out their future and that weird complication with Jonathon’s father that occurred in the last book , but it is easily resolved and with almost no problems. Because the mystery took center stage, it held up fine; however, if it had been a romance alone, it would not have held up for me.

A famous mystery author is killed when she comes to participate in a literary festival in the village and, once again, Jonathon and Mike decide to help police investigate. Once again we hear some teasing about murders in the village starting to happen only after Mike and Jonathon got together a la some British TV series, but I would rather this be addressed than not, so I did not mind. I really think this author does a nice job making amateur sleuths feel believable and in this book once again to me it felt organic and believable that this duo were main detectives so to speak. They are just talking to people, you know :). I thought the suspects were lined up nicely and they went through investigating several potential suspects and their motives. I did think the killer was way too obvious in this one. I got this person almost right after they showed up, or at least very soon afterwards. Of course I did not know the motive, but this person was just always there, too much in the reader’s face. Not masked enough I guess?

2.   The House in the Cerullean Sea by TJ Klune 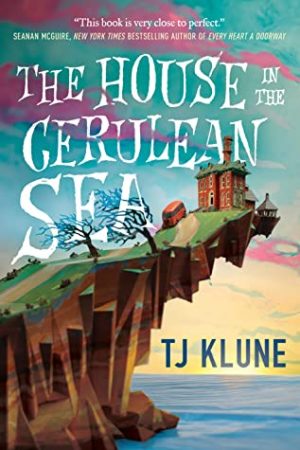 Years passed and I saw this book on sale. It was a young adult and it was with Tor, so I was curious and bought it. I have to say, this ended up being my favorite book of his so far. Linus bored me in the beginning of the book, but once he is given his assignment and goes to the island and meets kids and Arthur, things become much better. I thought the kids were absolutely adorable and funny in a way that worked for me. Especially six year old Antichrist named Lucy.

Note, the book is young adult , or maybe even middle grade. (I did not check the publisher classification, I am just saying this is how it felt for me.) There is no explicit romance but what we have was very lovely. There are plenty of great messages in the story about acceptance of the differences which kids and adults always need to hear.

And I don’t know if the author’s writing changed so much or if that’s what good editing can do, but it worked so much better for me than what I have read before. 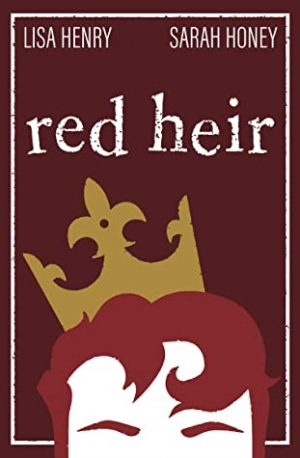 This was very cute, I really like Lisa Henry’s writing and I was happy to see she had a new one on KU. It is a quest as you can see only from reading the blurb and it is also a romance. I would call it romance lite, which was perfectly okay by me. I said many times that I absolutely love SFF/fantasy books which have a main story that has little or nothing to do with romance and gay couples (or creating a gay couple) as a secondary storyline.

What left me not very satisfied was that this was characterization LITE too in my opinion. I was charmed when I was reading it, but when I finished it I did not feel like I knew main characters very well besides a very few things about them, if that makes sense.

4. Tigers on the Way by Sean Kennedy 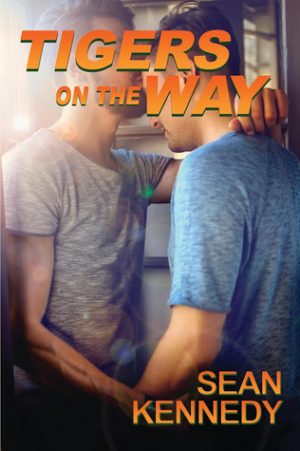 This is book four in Dec and Simon’s adventures and they definitely came a long way. I surely would not advise starting from this book. You will miss well, a lot. Seven or eight years of relationship building, of life lived together , of friendships. Start with book one, basically, you won’t regret that.
Having said all that, this was probably the last book I am reading about them. I know that if there ever was a fictional couple for whom talking about their feelings made sense, these guys would be that couple. For Simon’s cracking up jokes and making sarcastic commentary in general had always been his way of dealing with life, but Declan learned to be more open and Simon learned to do the same and not always with jokes. I like that, but there is always a question of when enough is enough and I am sorry but I had reached that point here. I thought the topic of them dealing with impending fatherhood was *great* , I totally think couples should discuss that, but once again how much should they discuss it?

I think the worst part was not even a discussion, but the fact that while after the fact continued conversation was very real, it was also kind of silly because the intrigue was lost. You are having these babies guys, and Simon ‘s struggle has an answer already, it will be fine. I am not explaining myself well. I actually read it pretty fast, and I thought the health scare was done very well – also an important topic, also everybody stressed, but that did not go into overdrive for me as the children topic went even if it blended together eventually.