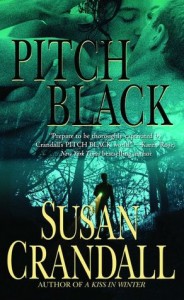 You are a new to me author. I do love a good romantic suspense but I’ve often found the balance between the two to be somewhat lacking. Either the book has really good romance but the suspense is light or the suspense is very good but the romance is too light. In recent years, though, it seems that there has been a good collection of romance suspense authors who are striking the right balance and you are definitely one of them.

Madison Wade, a big city journalist, took in a foster boy Ethan at the age of 13. She decided that continuing to live in Philadelphia would endanger Ethan so they moved to a small southern town of Buckeye. (I actually have no idea where that is but I don’t think it is Ohio).

Sheriff Gabe Wyatt has been slowly but steadily pursuing Madison since her arrival. She’s been reluctant to do anything about the simmering low level attraction because of being a new single mom with a teenage boy to parent.

When a local and well known man takes Ethan and three other boys on a camping trip but only the boys come off the mountain alive, the town begins to turn on Madison and Ethan. Madison and Ethan’s situation is even further exacerbated by Madison’s foray into investigative journalism and the possibility of rife steriod use amongst the high school athletes. The two are first threatened and then ostracized.

Gabe is torn between his feelings for Madison and his suspicion regarding Ethan’s involvement. On more than one occasion he must balance what might be his future with the duties of his job. I particularly enjoyed that the romance conflict was intertwined with the suspense. While not exactly a gothic because Gabe doesn’t present physical harm to Madison but he does present a danger to Ethan and therefore, in some ways, a villain of sorts.

Trust issues loom large against that backdrop. The flirtation was lovely.

“Not that I know of.”
She pointed across the table. “Then get your ass over on the other side of the booth before people start talking.”
With a heavy sigh, he moved.
Madison looked around the crowded café and saw knowing grins, raised eyebrows, and a few lips pursed in disapproval. The damage had already been done.
She leaned across the table and said in a hushed voice, “”Everyone thinks we spent the night together.”
Gabe glanced around, then grinned at her and whispered back, “Of course they don’t. What man in his right mind would be out of your bed at this early hour on a Sunday morning?”

Ethan was fairly well developed for a kid who had been abandoned and lived on the streets. Madison and Ethan arrive on stage with a well formed bond. That’s something the reader simply has to accept and I was fine with that. Maybe in a book without suspense, I would have longed for a greater insight into how the bond was formed. In all, though, this is a good read for romantic suspense fans. I’ll be checking out the backlist. B