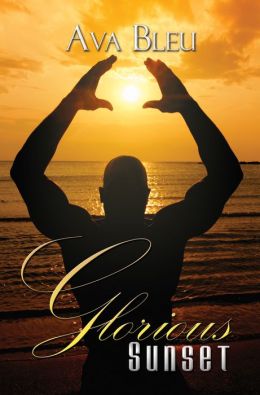 African King Taka Olufemi has traveled over four hundred years to find the woman who holds the soul of his murdered queen and he’s a little cranky. With a ruby brooch as his vessel, the former king is forced to grant wishes to ungrateful mortals hoping to one day find, and win, the heart of his lost love. But it will take more than good looks, superior intelligence and an impressive pedigree to earn the love of Violet Jackson.

The ambitious interior designer doesn’t remember Taka or their history. Love—with its inevitable heartbreak chaser—has no place in Violet’s immediate life plan. All the handsome “genie” can do for her is pony up on the three wishes he’s promised and try not to be a pain while he’s at it.

While the arrogant king is praying for his submissive queen and the faithless object of his affection isn’t praying at all, guardian angel, Aniweto, is praying for them both. With Ani’s help, Taka and Violet’s epic love will be rekindled and this royal couple-behaving-badly will finally earn their happily-ever-after through the grace of the Almighty.

Reading the first sentence of the blurb at our submissions site was what reeled me in and made me want to try this book. In fact, I don’t think I even waited to read the excerpt but went straight to download from there. However, soon after I started it, I almost put it down. In the prologue, Taka’s pain from his loss is enough to cause him to take a pretty harsh stance against the Almighty and in the opening chapter, Violet comes off as a woman who, as another character later says, is as mean as the day is long. But I decided to keep at it – at least for a little while longer – and see where it took me. Well the grade should show that you took these two and turned them around.

At the beginning, Violet is not an easy person to love or even like. The lady has some hard edges but she’s achieved on her own and seems to have clawed her way up to where she wants to be on her own power. I had to admire that even if there were times I was appalled at her actions and speech. At times Taka isn’t much better though he certainly thinks he is. He’s got a lot to learn for someone who has been made to live in a brooch for 400 years and only gets out occasionally. Modern mores for women to start with and how to pull his sulky lip back in when he gets thwarted for another.

Both have troubles, issues and aren’t perfect. But hey, they’re real which means at times they come across as PITAs. We none of us are perfect. Sulky as they can be, and they are, they’re also learning. Through the whole book, in fits and starts and at times false starts, they are making progress. Slowly at first but it’s coming. I would hope that this scene or chapter would be when the light bulb went off and when it didn’t, I’d be disappointed rather than annoyed – which I think is telling. I was invested in these two and really wanted them to overcome the things standing in their way to discovering themselves and each other.

Violet does an honest evaluation of her life, friends, boyfriend and job and what she’s been willing to settle for to avoid pain and disappointment. Taka is realizing that he took his wife for granted and has an overweening arrogance that sees only what he wishes rather than what’s there.

The steps towards self realization are at times painful for Taka and Violet. Humans have an infinite ability to rationalize and dismiss what we don’t want to face about ourselves and these two are no exception. You make them work for it and at times suffer for it – after all, they’ve got 400 years of pain, grief and guilt to work out – but since they’re both strong willed and more than a touch stubborn, that makes sense and in the end, the lessons learned are hard won but theirs.

After the prologue, the religious element of the story took a backseat for most of the rest of the book. But when it surfaced again, it came gushing up. Okay let me confess that Taka’s and Violet’s separate conversations and experiences with the guardian angel Aniweto and, through him/her, with God had me sniffling by the end. It’s hard for me to recall reading a more powerful representation of God’s infinite love for his children – even in the face of them acting stupid – and wish for them to choose wisely of their free will than this book. It’s not preachy at all but full of such acceptance and love that I felt deeply moved even after finishing the book.

To present two such flawed characters and yet manage to also show their fears and frailties while still getting me on their side to root for them is quite a feat. I love that in the end, Violet still has her sass – which Taka adores – and her curves – which he also loves, while Taka still has his pride and intelligence but without a bit of the arrogance. Yes, I had my doubts but in the end they won me over. B

→ Jayne
Previous article: Thursday News: Will Apple introduce the iWatch in September, OverDrive’s new and enhanced app, NYPL book recs, and Sanrio’s “cruel trick”
Next Post: REVIEW: To Say Nothing of the Dog by Connie Willis