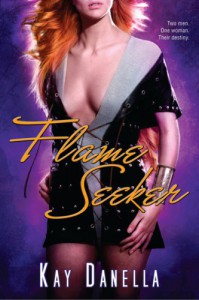 What is under (or inside) the cover is a really well drawn high fantasy romance telling the story of clan Redgrove’s First daughter, Alithia, and her quest to get a tablet of mystery.   The clan’s sacred flame has been extinguished.   Without the flame, the clan cannot prepare its sanctified oils and incense.   It allowed the clan independence and without it, the clan would be a pawn to whomever was stronger.   Alithia, the first daughter, is sent to retrieve a tablet of her ancestors to see if there are any instructions on how to rekindle the flame.

Women are a scarcity in Hurrani, although not in Lydia where Alithia lives.   Because of the scarcity, the Huranni  culture was dictates that there is a shield pair who marry one woman.   A shield pair is comprised of one who serves as the sword and the other a shield.   When women are of a marriagable age, the shield pairs engage in a test, usually one of strength because only the strongest, bravest shield pair deserve a wife.   A lesser abled shield pair are not ready to protect a wife.

Alithia’s quest will force her to travel through Hurrani land to get to Sentinel Reach where the tablet of mysteries was sent for safe keeping so long ago.   A trader who has been in Lydia and a friend to clan Redgrove (along with being a pleasure lover for some of the Lydian woman) informs Alithia that she will have to take a shield pair in order to be safe.

This is a land bound up by tradition and religion.   In some ways the religion or myths of the land control events and I did not mind this because it was clearly within the rules of the worldbuilding.   The people all feel as if they are directed by the hand of the Lady, whether it is the Lady of Lydia or the Lady of Hurrani.   Those that walk outside the myth are brigands and honorless people. (I want to note that this story is not preachy at all and I hope I am not making it seem that way, but it is merely the ethos of the worldbuilding.   It felt totally natural).

When a shield pair loses a wife to death, they are widowed and never allowed to remarry because to have lost a wife to death means you are not worthy of another gift of a wife.   Others must have their chance. Shield pairs learn from their fathers of their role in life which is to gather the tithe (an expensive gift) sufficient enough to enter the trials.   In a flip of usual gender roles, the shield pair’s entire goal is to be rewarded with the right to compete for a wife.

In Lydia, it is entirely different. The women enter into contracts with men for a certain period of time, mostly to procreate. Once the procreation is complete, the contract is severed.   The women engage in dalliances with pleasure lovers.   It’s a land without much physical danger.   As Taith and Phelan (the winning shield pair) note, everyone is soft because there has been little hardship.

Because Alithia will have to enter into the marriage and forsake all other men, she determines that the test will not be one of might but of pleasure.   The shield pairs must compete to see who will bring her the greatest pleasure.   The first part of the book is the most erotic as the book details each shield pairs efforts to bring pleasure to Alithia.   Taith and Phelan win in a unique way.   The three are bound and Alithia moves on with her quest to Sentinel Reach. The middle part of the story is mostly the journey and the physical dangers that the three face as well as the challenge of becoming a family.

There are lovely details.   Idkhet is a marriage band.   A widowed man wears two of them. His own and his dead wife’s.   A married woman wears two bands, one for each husband.   A man with a beard signals that he is a father.   A man with a beard and no idkhet is a man who shows little honor for he allows himself to be unkempt before his marriage bonds.   A woman’s hair can signal her stage in life.   The first daughters in Lydia are named with an A and the second with a B and so on.

My complaints included confusion over the geographic nature of Hurrani.   I needed a map.   I also wanted more of Taith’s point of view.   Taith was much more the strong silent type and Phelan was the younger, more impulsive, of the pair.   It appeared that most of the story was from either Alithia’s or Phelan’s POV.   Taith, however, had one of the strongest character arcs.   He had grown up being trained for priesthood which included rituals of public displays of intercourse.   This bothered Taith a great deal and as the three move closer to their destination, Taith begins to realize that being a part of this bonding might place him in the position that he had feared most of his life.

There seemed to be a lot of detail and thought put into building the story, not just making it a setting where three people could have crazy sex.   The sex wasn’t even crazy.   It was sexy and there were three of them, but it always meant something, progressing the story along.   B-

This book can be purchased at Amazon in trade paperback or in ebook format from Sony or other etailers.