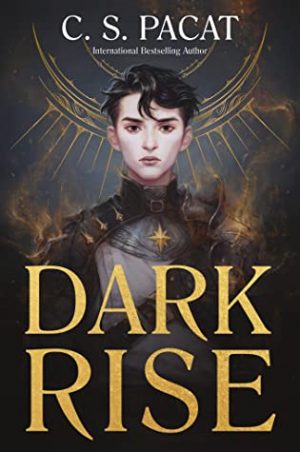 The ancient world of magic is no more. Its heroes are dead, its halls are ruins, and its great battles between Light and Dark are forgotten. Only the Stewards remember, and they keep their centuries-long vigil, sworn to protect humanity if the Dark King ever returns.

Sixteen-year-old dock boy Will is on the run, pursued by the men who killed his mother. When an old servant tells him of his destiny to fight beside the Stewards, Will is ushered into a world of magic, where he must train to play a vital role in the oncoming battle against the Dark.

As London is threatened by the Dark King’s return, the reborn heroes and villains of a long-forgotten war begin to draw battle lines. But as the young descendants of Light and Dark step into their destined roles, old allegiances, old enmities and old flames are awakened. Will must stand with the last heroes of the Light to prevent the fate that destroyed their world from returning to destroy his own.

Beware of the torture scene somewhere in the middle of the book.

I had low expectations before I started this book. I ordered it from the library and was in no hurry to start it. Maybe that’s why it somewhat exceeded what little of the expectations I did have .

The blurb does not give you much in terms of the spoilers, but it certainly describes the set up well, albeit in a very general terms.

When a blurb gives you that little information I am never sure how much I can reveal plot wise, but I think I can at least safely say this – The set up sounds very stereotypical as far as fantasy tropes go. Maybe I have read too much fantasy at this point, but the Boy chosen to fight evil is something I had seen in fantasy many times. Of course the tropes in itself are not a problem, it is what the writer chooses to do with it and so far … I think the plot was very stereotypical and mostly quite predictable, but at the same time this is only book one and as the blurb tells you for the most part the book was drawing battle lines and introducing the characters.

Of course there is a violence and killing already and even some torture as I mentioned in the beginning, but the story did not move much despite the book being 455 pages long. Why did I grade the book even that high? I still could not put it down, I wanted to know what would happen next despite thinking that characters are at best pencil stretches, at worst – caricature of the fantasy tropes.

At some point one of the characters is described as golden beauty in the dark carriage with the dark horses. I thought this was poking fun at the obviousness of the characterization, but clearly not.

I do want to know what will happen next, but unless I am able to check out the book from the library, I am not paying 13 dollars for the next one.

→ Sirius
Previous article: Janine’s Best of 2021
Next Post: REVIEW: Yinka, Where Is Your Huzband? by Lizzie Damilola Blackburn