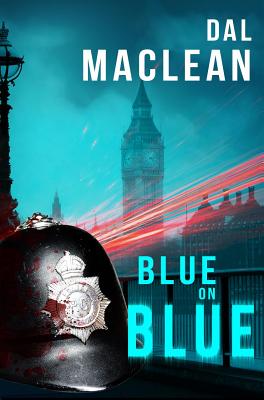 After three years working as a private investigator, newly reinstated Detective Inspector Will Foster still holds himself responsible for the death of an officer under his command. But he’s returned to the Met bent on redeeming himself and that means bringing down gangland boss Joey Clarkson.

Will’s prepared to put in long hours and make sacrifices for his work, even if it comes at a cost to his nascent romance with international model, Tom Gray. After all, Tom has a history of wandering but crime is a constant in London. And Will has committed himself to the Met.

But when a murder in a Soho walkup leads Will into the world of corruption, he finds himself forced to investigate his own friends and colleagues. Now the place he turned for redemption seems to be built upon lies and betrayal. And someone is more than willing to resort to murder to keep it that way.

I enjoyed the first two books in the series, and was interested to read the conclusion. It was a compulsively readable book, but also a disappointing one. I think it is not a spoiler to say that there were two main villains in this book (they commit different crimes, however in a sense it is all connected in the end ). One of the villains was more or less a surprise to me and I enjoyed being surprised. I guessed one of the villains (not the motive – but the person who was supposed to be a surprise – most definitely) almost from the very beginning when they appear in this book. And then the more obvious it became, the more I was thinking along the lines – stop being stupid, Will. Please stop being stupid.

Eventually he did, but by that time it was too late. I am afraid I could not salvage my opinion of him as a smart investigator. I get it, I do that an author in a mystery/suspense story line always has to balance the fine line between not making the main character look not very smart, and the need for the villain to be concealed, but I don’t think the balance was maintained enough to satisfy me. I even could see that the author tried to actually create the reasons for Will being blinded, after all we are all human and in a different story the similar reasons could have worked for me. Unfortunately in this book it didn’t.

You see, I cannot even state what those reasons are because this would make it very spoilerish. However I can say this when Will finally sees proof that the villain is who they really are, he accepts it very quickly. There is no hesitation, no regret, no doubts ( at least I did not see any), so if Will was supposed to want to ignore that the person could be the villain, shouldn’t he be more hesitant when solid evidence finally comes up?

The mystery/suspense plot was moving very fast, had a lot of action and I enjoyed that. As I said I wanted both villains to be a surprise, but I suppose one cannot have everything.

Of course this book is supposed to be the last one in the series and had to tie up the romantic relationships as well. In the past book we see the two couples becoming friends and in this book they became even closer friends. Ben and Jamie’s relationship is not tested emotionally in this book, however Will and Tom’s still was. It was obvious to me at the end of the next book that before they get to their happy ending, they still needed to figure out where they want to be in their lives together and separately. And in this book Will and Tom very much do the figuring out part and I liked that. The somewhat unresolved trust issues between them were reasons for a lot of tension between the guys and the relationship was still messy, but it truly became better and stronger at the end, I felt. And I liked them both quite a lot by the time book ended ( Will’s investigation notwithstanding ).

→ Sirius
Previous article: REVIEW: The Codebreakers of Bletchley Park by Dermot Turing
Next Post: NEW RELEASES: Week of May 25, 2020