“I promise you, she’s the most delightful creature, with a quirky sense of humour very like your own. As for the other qualities you mention – birth, breeding, experience of managing a household of consequence – she has them all, with amiability and common sense besides!”

So Henrietta Melville is described to the Honourable Julian Aldwyn, who is on the look-out for a wife who will prove restful after an earlier, disastrous love-affair.

But there’s much more to Miss Melville than meets the eye. Although she is a spirited and intelligent heiress, at twenty-six and still unmarried, she’s considered to be on the shelf.

Julian is certain his offer will not be refused.

But then comes a whirlwind month in Bath, a dastardly rake, secrets from the past … all calculated to turn any woman’s head.

Could Henrietta become the conformable wife Julian is looking for? Or will someone else catch her eye…?

After my recent happy reunion with “The Beau and the Bluestocking,” I decided to try this book. Something about the older cover (below) had caught my eye but this title and another had not been reissued in digital format yet so I’d held off trying it. Then Endeavour Press announced it would be out soon. Then they delayed the release by a week – I swear to heighten my anticipation. Well, it’s not quite as good as “Bluestocking” for me but it’s not bad.

Julian Aldwyn, recently a Major fighting with Boney on the continent, has been called home due to his father’s health. Scared that this might be his end, his father wheezes out a request for Julian to consider his duty to the family and secure the succession. Rather than kick up a fuss, Julian announces he’s been thinking on this very thing and promises to start looking. Confiding this to his younger sister (and I enjoyed their droll conversations), he announces his plan to find some quiet, biddable woman – maybe slightly older than the standard giddy deb – who is intelligent, with whom he could form a marriage partnership and who is not looking for Grand Romance. His sister snorts with laughter and suggests he go to an employment agency. Then she thinks of someone who might actually meet his requirements and whom she would dearly love to have as a sister.

Henrietta Melville is a lady of quality, who is slightly older, unmarried and moreover, says Almeria, who has a sense of humor that matches Julian’s and who through no fault of her own missed out on a Season. For various reasons, Almeria is convinced Henrietta would welcome Julian’s proposal as a way to escape a frosty sister-in-law. Convinced he’s in, Julian determinedly seeks out this woman who at first appears a dowd (also not her fault) to him. He’s more than slightly stunned when (gasp) she turns him down.

Henrietta has already turned down one tepid marriage proposal and in doing so, discovered that she wants more from marriage than just convenience. She freely acknowledges the fact that she’s twenty-six and getting firmly on the shelf but she wants to see more of the world and in truth find out who she really is and what she wants for her life. Maybe marriage but then maybe not. After years of looking after her family, an opportunity has arisen that will allow her to travel to Bath and stay with a widowed friend. With a comfortable inheritance, she might even set up her own establishment. She’s frankly not looking for love but a bit of flirting, some new clothes, and a chance to meet more men could be fun.

Thus Henrietta arrives in Bath and realizes that her friend Louisa is secretly in love with a retired Captain neighbor – as he is with her – though there is some Dark Secret Louisa won’t reveal. Together they take part in the fashionable world of the Pump Room and Assemblies until two men arrive in town causing consternation to them both. 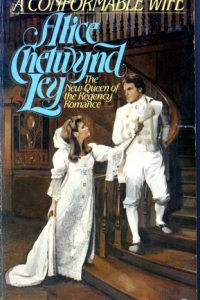 This is a slower read than a lot of modern Regencies. After Henrietta goes to Bath, Julian is out of sight for almost 60 pages. Instead we see her physically transformed and having fun. The men of Bath are quick to notice and seek her out and it’s nice to see her enjoying her new freedom. It’s also amusing to see Julian’s pique when Henrietta initially turns him down but I liked that even after his past romantic disaster, he guards his heart not because he thinks all women are Evil Bitches but just because it hurt him so badly.

Henrietta doesn’t throw herself into One Night for Love but calmly explains to him her reasons for wanting to discover herself. But even at this stage, we are shown that these two have much in common and would actually deal well together as life partners. But an older Henrietta has decided that she will marry, if at all, on her own terms.

So for much of the book, we see Upper Class Society Bath at work – shopping, meeting at the Pump Room, shuddering at the “healthful” water, dancing, and enjoying themselves. Chetwynd Ley wrote in the 60s-mid 80s and her books definitely have an older feel to them but she did include the hero’s POV, something a lot of romance authors of that era didn’t. Her heroines are also intelligent women and show spirit but aren’t ones to dash headlong into danger while this hero, at least, isn’t part of any spy ring nor working for the Home Office. And that, I must say, is a relief. There’s also no sex though it’s not an inspie by any means.

There’s a bit of “running around” (as a friend calls it) at the very end due to the dastardly rogue of the story and Julian gets to play the hero while Henrietta shows how quick witted she is. Their final declarations are believable if you see that their earlier clashes were due to hidden feelings they hadn’t acknowledged and Julian’s ultimate proposal and confession of his about-face from his initial thoughts on marriage are worth the read. B