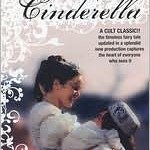 Estara’s comment about this Czech/East German TV production got me interested in seeing it. But wishing to see it and actually getting my hands on a Region 1 NTSC copy proved to be a challenge. I know I tried to order it from at least 4 different sources in the US before finally succeeding. And then as luck would have it, I discovered it on youtube in both the narrated, dubbed and subtitled forms.

Popelka (Libuse SafrÃ¡nkovÃ¡) is the much put upon stepdaughter/sister of Mother (Carola BraunbockovÃ¡) and Dora (Dana HlavÃ¡covÃ¡). Her only joy comes in the rare moments when she gets to escape to the surrounding forest, riding her white stallion which her father gave her three years ago before his death. But those times are few as Mother can always make up impossible tasks when there is no other work to be done. Luckily helpful pigeons are always ready to lend a beak for those seed sorting nightmare jobs

Meanwhile the King (Rolf Hoppe) and Queen (Karin Lesch) are trying to get some actual knowledge drilled into the head of their son the Prince (Pavel TrÃ¡vnÃ­cek) who also likes to take to the woods with his two buddies to go hunting and riding. It’s there that Popelka runs into them several times and not only out thinks them but also out rides and out shoots them too.

But his parents insist on hosting a ball to find him a wife and when a servant is sent to town to buy material for Mother and Dora’s new dresses, he also brings back something for Popelka – three magic nuts. From one of them she gains a beautiful new ball gown and dazzles the young Prince before setting him a riddle. He must find her then tell her who she is before she’ll agree to marry him. But Mother is determined to get the Prince to marry Dora instead. Is he resourceful enough to dodge Dora then find his lady love and win her hand?

This is a darling little production. And with its winter setting, it’s perfect to watch this time of year. I must disagree with a lot of comments at IMDB about how inferior the Disney versions of Cinderella are compared to it though. They are just different and both equally good in their own right.

Here Popelka is a feisty young woman who can best just about any man in the kingdom. She rides like the wind, can shoot a crossbow with deadly aim as well as being cute as a bug’s ear and dancing like a cloud. She also seems a touch smarter than her Prince which will hopefully be passed on to their children. Meanwhile, the Prince starts out a bit of a handsome wastrel but I’ve no doubt that Popelku will snap him into shape before too long. One note though, PETA wouldn’t be too happy about the hunting scenes in the movie.

The music is charming but viewers better like the dreamy main theme as it’s repeated often and I found it running through my head for hours after watching the film. The winter scenery is gorgeous and I love the tiled fireplace at the authentic looking farmstead where Popelka and her family live. I’m not quite sure what to make of the costumes – are they realistic for some era or just a basic faux medieval? Watch for Mother’s enormous bat headdress to see what I mean. It also seems like the audio and video aren’t quite in sync on my DVD though it’s not so far off as to be annoying.

There is a lot of humor in this edition especially when Popelka runs circles around the Prince and his cohorts. The poor Prince also has to dance with some bruisers at the ball. Some of these women could be bar bouncers. But he also quickly knows his true love when he dances with her and is determined to track her down through the dead of night and the deepest snow.

So how can it be viewed? There are PAL as well as (harder to locate) NTSC DVDs to be found. But probably the easiest way to see it is from youtube. Good ol’ youtube! Three people have uploaded the film in its entirety: one has English narration (I think from an old BBC showing) while another has English subtitles and the third is dubbed in German. The NTSC DVD I have is basic bare bones with only the English subtitled film. Check it out and see why it’s so beloved in Europe for almost 40 years.