[Spoiler Warning: It’s impossible to talk about Book #4 without alluding to issues that were unresolved in Book #3, so readers who want to remain unspoiled should stop after the first review.] 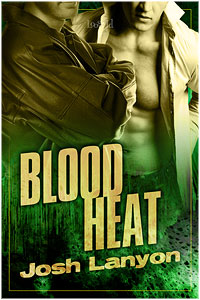 This month’s TBR Challenge topic is “series catch up,” and since I was busy catching up on your Dangerous Ground series in order to read the latest release, Dead Run, I seized the opportunity to kill two birds with one stone. I read Dangerous Ground quite a while ago (and Jayne has reviewed it for Dear Author), and then I read Old Poison last month. As I said then, although I’m a big fan of your work, the DG books have not really clicked for me. I wasn’t sure why, so I kept reading.

When I read Blood Heat, I finally understood why this series is so popular with readers. It combines an adventure-serial sensibility with an ongoing romantic relationship. You describe it as your popcorn series (albeit gourmet popcorn), and that is true from a plot point of view, but I think the relationship is handled seriously. And as the series progresses, the relationship becomes deeper, more complex, and for me, more problematic.

Will and Taylor are agents with the U.S. Bureau of Diplomatic Security. When the series began, they were partners who were attracted to each other, but they didn’t act on it for fear they would ruin their friendship and working relationship. In addition, Will looked at Taylor’s history of brief, no-commitment flings and didn’t believe that Taylor could be constant or faithful. But by the end of the first novella he had decided to take the risk. Old Poison found them working out the boundaries of the relationship and hiding it from their boss and coworkers because of the no-fraternization rule.

In Blood Heat our heroes are in New Mexico to pick up and transport a material witness to Los Angeles. They decide not to request local backup and regret it when their witness, the amusingly named and very pregnant Kelila Hedwig, is taken from them at gunpoint by an agent of the Russian mob. The rest of the plot involves retrieving Hedwig, keeping her safe from both her ex-boyfriend and the mob, and getting her out of New Mexico without coming to harm themselves. Will and Taylor wind up narrowly escaping a flash flood as well as various types of man-made harm, and the pace and dialogue crackle with energy and humor. And despite the almost non-stop action, you are able to integrate a hot and sweet sex scene that doesn’t seem out of place.

On the relationship front, Will and Taylor are offered an unlooked-for solution to the fraternization problem their relationship raises: Will has been offered a promotion in a prized location: he has the chance to be the DS liaison in Paris. But this means a separation and a long-distance relationship:

Taylor summoned his energy and hoped any lack of enthusiasm would be put down to natural fatigue. “It’s a big honor, and it’s an incredible opportunity. A hell of an opportunity.”

“So you keep saying.”

Except it would mean Will would be posted in Paris for a minimum of two years.

“There is no but. I’m happy for you. I’m proud of you.” The more he insisted, the less sincere he sounded, and he was afraid Will could hear it.

There was an uncomfortable pause.

“Right. But if you’d been offered the assignment, you’d have refused it.”

The bitterness of Will’s tone shocked Taylor silent for an instant. And then he was angry.

The promotion is a sore spot throughout the story and they never directly talk about it. While this is consistent with guy-type behavior, it’s such a big deal that it seems to have more implications than that here. For me, it fits with Will’s unwillingness to share decision making with Taylor, and that makes me uncomfortable. Will sees Taylor as too risk-taking and acts to protect him, even though Taylor has seniority and doesn’t come across to me as overly rash or thrill-seeking. That said, my reservations arise in part because you do a very good job of making these characters seem real to me, so in this book I’ve started investing in them whether I want to or not. Overall, Blood Heat is a satisfying read that advances the relationship and provides an enjoyable suspense plot., and the balance of romance and adventure is deftly managed.

[Spoiler space for readers who are stopping here] 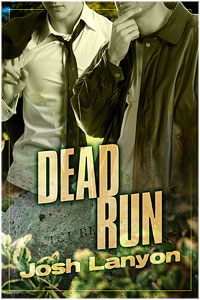 When Dead Run opens, Taylor is at LAX, on his way to visit Will in Paris after eleven months apart. While standing in the check-in line he sees a man who reminds him of a Basque terrorist from the 1970s. The ensuing investigation fails to uncover the suspect but causes him to miss the flight. The stage is now set for both aspects of the story: the mystery of who is threatening acts of terror in Paris, and Will and Taylor’s fraught relationship. They are both still committed to each other, but the distance, the prospect of Taylor’s new job post, and the reappearance of past visitors all conspire to mess up what was supposed to be a lovely vacation. Not to mention the bomb plots.

The Paris setting is evoked beautifully; while I’m not an expert on Paris, the places I knew were well done and I never felt as if I was being taken on a heavy-handed tour. And the suspense plot was surprisingly intricate for a novella, but it unfolded clearly. I really liked the resolution, because while it made sense, it was almost the opposite of what I expected. I was surprised, and I love that in a mystery!

As usual, work brings Will and Taylor together again as they try to anticipate the terrorists, and for the most part they work well together. Taylor fits almost seamlessly into the Paris Embassy staff and he even impresses the Paris police and security forces. Also as usual, Will is constantly on guard, waiting for Taylor to be placed in danger or injured. And while he has grounds for concern given what Taylor’s been through in the previous three books, it felt more like Will’s problem than Taylor’s.

What I mean by that is that Will is constantly trying to keep Taylor from putting himself at risk in a job that entails risk and that Taylor is really good at. For Taylor to be able to identify someone from decades ago suggests a level of skill and talent that is astonishing. But while Will recognizes his abilities, I’m starting to wonder if he really gives them their due.

“It’s a big coincidence, Will. I just happen to spot a guy I think might be wanted by Interpol for the last thirty years, and that guy just happens to miss his flight?”

Will sighed, weary of the subject of Yann Helloco. “Yes, it’s a big coincidence. So was your sister showing up at the airport today. Coincidences happen. They’re not all sinister.”

“He could be on his way to Paris right now.”

“So could you.” The minute it slipped out, Will regretted it. Taylor had done the right thing; Will would have done the same thing in his place. The difference being Will wouldn’t recognize a terrorist from the seventies if the dude walked up and punched him in the nose.

In other words, Taylor has potentially made a huge discovery, one that Will couldn’t have made, but Will is still annoyed because Taylor missed his flight. Never mind that Will has somehow managed not to use his required home leave in the same eleven months and visit Taylor. This is The Big Vacation and Taylor is screwing it up.

Now, before irate lovers of W&T come after me, let me say that I really do believe in the relationship you’ve developed for these two over the course of four books. I believe they care about each other. But throughout the series, Will behaves in increasingly controlling ways and doesn’t seem to have a clue about it. The various decisions he comes to about their relationship, while in some ways romantic, are decisions that make him feel better. So while part of me is rooting for them to find a way to be together permanently, another part of me is telling Taylor to run away until Will gets a clue.

The fact that I could write at least three more paragraphs about this relationship and my conflicted feelings about it should tell readers something about the skill with which you’ve developed their romance over the course of the series. You leave us on a cliffhanger at the end (again!), and not only do I not know how you will resolve it, but I’m conflicted over what resolution I want to see. If that isn’t investment, I don’t know what is.

Only available at Loose Id.

→ Sunita
Previous article: REVIEW: In Bed with the Boss by Susan Napier
Next Post: REVIEW: No Proper Lady by Isabel Cooper