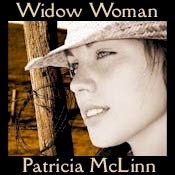 I know I’m not the only one who’s bemoaned the fact that not too many publishers are looking for good, old fashioned western set stories. This is a reprinted (re-electroned?) version of your book that was originally published in 1998. Now Belgrave House is allowing us western romance fans another chance to try it and it is well worth checking out.

“Widow Woman” has a great beginning. The first 100 odd pages are wonderful and had me holding my breath. You give us strong characters acting in believable ways, twists on standard plots that had me sitting up to take notice that things just might be different with this story. Would the rest of the book hold up to them or would it trail off and end up disappointing me? Rachel Terhune is a tough woman doing a tough job. She’s clear eyed, logical and has been helping to run her father’s ranch for enough years that after his death and that of her unlamented husband, she and her foreman do a decent job even if still faced with the mountain of debt left to her. Stuck between two much larger ranches both run by older men who’d love to see her acres added to theirs, life isn’t easy but it’s doable. I like that she doesn’t beat around the bush when confronting Nick Dusaq about the way they met. After all, having to hire a desperately needed cowhand after first coming across him stark naked in a stream can’t be easy when a woman is trying to be taken seriously in a man’s world. I appreciated the realism of some cowhands being unwilling to work for a woman and others needing her to prove herself. Same old same old, women have to do job twice as well…

The tension was nicely built between Rachel and Nick. She not being able to forget what he looks like and how different that was from her older husband and he having realized and appreciated the hunger in her eyes. Both know that for different reasons, they can’t allow what they feel to even be acknowledged much less go any further. And so the months pass, the cattle drive is successful and I’m totally thrown by what is a usual “western” plot being completed with over half the book still to come. And then it starts going downhill a little as we get to more conventional plots. Nick and Rachel get tossed together during a blizzard and finally give into their passions (which was quite hot) then Nick stomps off in a huff and Rachel marries. Nick stomps back in still slightly huffy and gets mad at her for doing what she had to do to survive. I finally get to see more of Nick’s background and it is one of unrelenting gloom though it does explain why he holds off from any romantic commitment. But you also slowly show us that Nick would never be like his father by how he treats his wounded younger sister. At this point, I was starting to get a bit skeptical of just how much pain you could heap on these siblings. And yet the characterization of Alba was so good. I can see a) why she’s nervous around men and b) by she doesn’t think she’s worthy of love. Why she never loses her temper because in her past even staying calm could still lead to pain and violence much less venting her anger.

Then the snows come and the cattle die and debts are revealed and the story began to sound like an old 4 reel melodrama at the Palace on Saturday afternoon. I know from other romance books that the winter weather is based on the real life occurrence of Winter of 1883. See you can learn correct history in romance novels! But I have to admit to wondering when Rachel would end up tied to the railroad tracks as the express approaches and the villain twirled his mustaches. And yet I still cared about these characters, was still caught up in the world you’d created and watched as you took one particular plot device I hate and made me believe it.

Usually I’m not much of one for historic heroines refusing to marry men because the men won’t say “I love you” but in this case, Rachel had paid her loveless marriage dues and she recognizes that with Nick it’s different. She loves him too much to put up with another loveless union. It would hurt her too badly. And Alba counters Nick’s objections about Rachel wanting the fairy tale by pointing out the practical, needs-to-be done things that Rachel’s done for years. And Nick is finally persuaded to risk a life with the woman he loves by some agreed upon ground rules. And you don’t rush us to a sugary sweet HEA after all that lifetime of pain. Okay maybe the secondary romance of Alba and Davis is almost too sweet but by gosh Alba deserves happiness and Davis is just so wonderful with her that I could deal with it. The second half didn’t quite match up to the strong beginning but everything balances out to a B for this one.

available as an ebook from Belgrave or Fictionwise