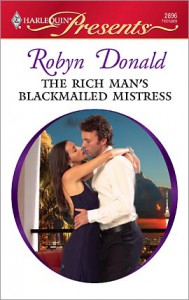 This is a very recognizable storyline within the Harlequin Presents line. The hero, Kain Gerard, believes that the heroine, Sable Martin, is a no good gold digger out to seduce his cousin’s fortune away. Kain is summoned by his aunt to check out this woman for whom the cousin, Brent, has bought a thirty thousand dollar ring and installed in his apartment.   Brent has an unfortunate history of falling “violently in lust with the most unsuitable female in sight”, dumping said woman who then runs to the press to wail about how poorly he treated her.

Brent’s mother is unusually concerned because Sable is older and not his usual type.   For one thing, Kain’s aunt notes “she isn’t hanging onto him or gazing worshipfully–or seductively–into his eyes.”   I find that hysterical.   Brent’s family is convinced that Sable is evil because she’s aloof instead of an appendage of Brent’s.   At first Kain is unconvinced.   Maybe she’s normal, he posits for Brent’s mother.   But Brent’s mother brings up Sable’s sketchy upbringing (Sable’s dad was the town drunk) and given her past, Sable must also be up to no good.

Of course, Kain and his aunt are completely wrong about Sable. She is a beautiful woman who has a relationship with Kain’s cousin, but it is just a friendship. Sable even tries to explain this to Kain but because Kain is so attracted to Sable, he cannot believe any man would have just a friendship with Sable.   Further, Kain’s investigation into her background brought some unsavory facts to light which cements his poor opinion of her. Of course, despite the fact that she is this supposedly an amoral creature, Kain burns for her. (classic)

Kain asks Sable if she is in love with Brent and she denies that she is.   Brent is merely lending his flat to her while he is out of the country.   Kain suggests that the two of them pretend to be lovers and Brent will then back off.    Kain is pretty heartless with his cousin by preparing to steal his woman, but Kain figures Brent will be better off in the end (maybe Ruthless Rich Man should have been the title).

Sable is attracted to Kain against her better judgment and he makes a concerted effort to woo her, albeit under false  pretenses.   As Kain is seducing Sable, however, he falls in love himself and his jealousy and desire to possess leads him to act unkindly.    We are treated to a good grovel from Kain which I never get tired of.

If the reader is not an HP reader, I can see being irritated at Kain’s constant highhandedness and how the value placed on Sable’s sexual innocence (although she is not a virgin) could be trying. However, Sable is not a doormat and for most of the book, Kain is not an asshole so the asshole doormat ratio is fairly low and the sometimes unintentionally funny scenes along with the strong emotional pull makes this a fun, entertaining way to while away the afternoon. . B