For a first time effort, this one isn’t bad. Not as good as your later books that I’ve read but enjoyable and worth the time. It also gives the love story of Tess and Gryf who appear again in the perennial favorite “The Shadow and The Star.” 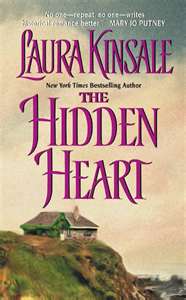 Lady Tess Collier’s widowed father died in the Amazon jungle leaving her to the care of Mr. Taylor, an old family friend. But as Tess has vowed to her father that she’ll return to England and seek a husband and Taylor can’t leave to act as her protector and guide, he asks (and essentially blackmails) Gryphon Meridon (because of his blockade running for the South during the American Civil War) to not only sail her back on his ship but stay in London to watch over her til she’s married.

Gryf has no choice but to follow orders as he can’t afford to turn down the pay. He has a history of his own, being the sixth Marquess of Ashland. When he was twelve, his family was slaughtered by South Seas pirates leaving him with only their clipper ship and a crewmate. After a long torturous journey, he arrives in England to find that his title has been usurped and he has to run for his life. For 17 years he’s lived on that same ship. Now he finds that he’s accepted the job to screen suitors for the woman he has fallen in love with at first sight.

But that screening goes haywire and Gryf and Tess find themselves lost in the cut throat world of British high society where plenty of people will try to use them. When the dust settles, Gryf and Tess know they’re in love but lies, feelings of betrayal and grief separate them. Tess to marry a man who has hidden cruelties that will almost break her and Gryf to bury his anguish at sea.

Months later Taylor rescues Tess, an annulment is filed for and Tess goes out in search of the man she loves and who she thinks loves her. After finding him and sailing to Tahiti, they marry but Gryf is too wounded by past loses to fully commit and Tess is snatched by a villain from her past. When Gryf heads back to save her, murder awaits and a possible hangman’s noose. Can she save him and save their love? 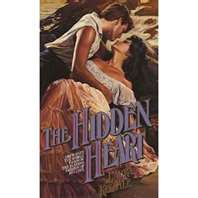 The book is actually much better than the above melodrama would lead me to believe had I just read it and not the book. Flashes of your subtle humor are there along with the beginnings of the descriptive style that I love from you. A dip into wounded soul territory pads out the book for 20 more pages causing it to drag at the end a bit. I would have wished that Gryf would have realized earlier that life and love are too precious to waste but then the book would have ended too soon.

I liked that Tess didn’t go through London society acting like a wild Amazon hoyden just to create havoc. And that Gryf flipped through his complete collection of Jane Austen books before his first society dinner in years in order to bush up on his manners. I had hoped that the dark side of Tess’s marriage would have been told a bit more but we see enough to know it was awful. I think that you told more of the brutality of Tess’s first marriage in TS&TS. But when I read that, I just thought you were giving the “highlights” so to speak and that this book would delve into it on a first hand basis more. Especially where Samuel was concerned. I was also looking for Tess and Gryf to find Samuel by the end and rescue him as TS&TS relates.

The parts in Tahiti are fun and reading it on a rainy day makes me wish to be there right now. One thing that made me roll my eyes was when Tess first appears in the story after having come back up the River Negro. I’ve read a book called “Up the Orinoco” and there is almost no way she could arrive looking as good as she did (even though she’s described as bedraggled). That book put the fear of God into me about any flights of fancy to ever travel through the Amazon River Basin. No way, no how. The descriptions of prison life are enough to make eating baloney sandwiches while wearing pink jumpsuits sound like a party.

Still, there is enough to enjoy and like about this book (especially the legalities of how Gryf gets saved and the way Isadora finally breaks down his resolve to cut himself off emotionally) for me to give it a B. I also wonder how many frequent sailor miles these two rack up over the course of the story.