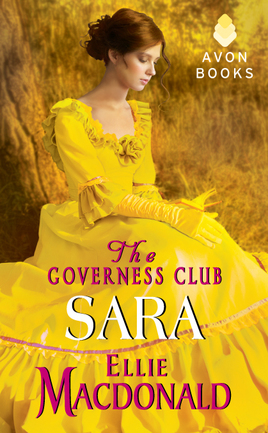 To be honest, I found your story by happenstance on Amazon and investigated further because I really like yellow dresses. Great cover you have there. Still, many gorgeous covers have masked terrible insides, so I never buy a book on Amazon without reading an excerpt. I clicked the ‘Look inside!’ option to perform my due diligence. Just like that, you stole my free time.

Within paragraphs, I was voicing the words out loud, as I often do when no one else is home, unless I’m possessed with a particularly low level of shame (which is usually) and people are in my home and I do it anyway, because I love me and they love me and they have to put up with me.

In any case, I’m one of those who enjoys acting out the characters as she reads them. It’s more fun. But it doesn’t always work, because the dialogue has to be right and the physical and emotional descriptions have to be on target for me to be satisfied. I don’t want to act out bad dialogue (unless it’s very bad, in which case, sign me right up).

It was a pleasure to see such efficient syntax. That might sound like a boring compliment to most, but I’m an editor and I think you’ll understand. Most people don’t even realize it’s happening: the absence of clutter. Without the clutter, every word can strike the reader. Again, I’m not just talking about the mind. I mean everything. A story is not just a story. In the right hands, it’s a full-body experience. I think you have the right hands.

You gave me a complete character with baggage and virtues, all in the length of an Amazon excerpt. I promptly hit the ‘Buy now with 1-Click’ option, and here we are. Only 99 cents? Pfffft.

It was my first time reading a book of yours, and this was apparently the third in the series, so I didn’t actually know what the Governess Club was. I caught on okay, but at times it referenced too much to other plots or characters of which/whom I had zero knowledge. Still, the main characters made up for the mild confusion.

Sara was so gentle and selfless; so reluctant to treat herself or stand up for herself. She was vulnerable—enormously so—but not in an annoying way, which is a tricky balance. I wanted to take her hand and encourage her. I wanted her to know she could be happy and live a better life. I was pleased that Sara came to the same conclusion without much delay.

And then we have Nathan Grant. So unfit for company. So furious at the world and filled with misanthropy. It’s a problematic trope, because in the wrong hands, this is an instant cliche. But I found myself waiting for every word he said, every sneer, every caustic laugh he made through his hatred of people and of himself.

I understood why he left London and politics, and enjoyed that you didn’t rely solely on external means. It wasn’t any failure of his in the political arena that prompted his escape just before the novel’s start. No, it was instead highly internal: a personal disgust of how the people around him acted and manipulated. That disgust turned to self-doubt for his own identity, since he felt like one of them. You took the actions of someone else and brought it all inward, making the hero question the way he lived his life and the sort of man he thought he was. He didn’t know what kind of man he wanted to be; he just knew the kind he couldn’t be anymore.

It was the same dilemma our heroine experienced, except they had wildly different personalities and goals. But they were both trying to figure out what their actions said about themselves as people. They both found themselves lacking and they both wanted to change that. It was harder to figure out how to accomplish that.

I could see, absolutely see the cogs whirling in Sara’s brain as she realized the way she lived her life wasn’t right. It wasn’t what she deserved. The Sara she knew as herself was in conflict with the Sara everyone else saw. Even her dearest friends thought of her as some other, milder, simpler creature. That realization was painful. It was a breakthrough that necessitated change through action, and there we have our plot.

He turned and looked at her, his face unreadable. “You haven’t thought this through.”
“That is likely.”
“You will be ruined.”
“Only if people find out. As you just admitted to a distaste for marriage, I assume you will wish for discretion as well.”
“What about your vicar?”
She swallowed. “We will not speak of him.”
“This will change your life.”
“Isn’t that the point of adventure?”


In Nathan, she found a supporter like she’d never had before. Everyone else tried to help her gain confidence, but they went about it the wrong way, because they didn’t understand her enough. He succeeded in aiding her transformation. He insisted she be the strongest version of herself. To be the Sara he saw; a different woman than everyone else saw, including herself.

“As soon as I offered you some sort of challenge, you backed down. This is your adventure. You came to my house and stood up to me then; if you had not, we would not be here. If this is going to work, you must be able to stand up to me. If you do not, it is no longer your adventure.”

One of the most pleasurable things in a romance novel is watching and expecting the interactions. The first time, the second time, the third, and how everything is tweaked from encounter to encounter. Seeing their perceptions of each other change. Thinking, “Oh, he is going to fall for her so damned hard; I can already see it.” “She’s talking differently. She’s making different choices. He is her personal witness to this transformation.” “They are so right for each other.”

My one major hangup is that they fell in love too fast for my taste. It was way too convenient and pressed for time. I don’t think they experienced enough together to make the claim of love credible. I so nearly believed it. I really wanted to.

Another issue I had was a misunderstanding involved in the last act, where the vicar was just ridiculous and no one spoke up and everyone just denied, denied, denied. No, thank you. The tension was too manufactured and dissipated all too quickly once actual communication happened.

Still, I will be sure to search out your other stories and read them. I had an great time and I look forward to more.