REVIEW: The Do Over by M.K. Schiller 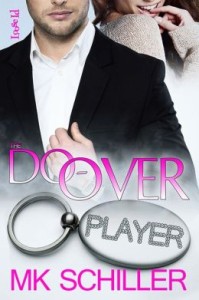 Initially I resisted buying this book because it was fairly pricey and while The Other C Word was entertaining, it wasn’t that entertaining plus TOCW had a lot of problematic issues such as the non stop sexual harassment by the hero. However, Mistress M from SM Book Obsessions said it was sweet and funny and I needed some of that over the holiday and it was worth the money.

The positives for this book is that there was a sweet romance despite the alphahole tendencies of the hero and the heroine was pretty awesome. Attorney Lanie Carmichael is set up with womanizer Kyle Manchester and immediately sees through him but she doesn’t care.  She wants Kyle to teach her how to get his best friend Brad (her co worker who is currently dating Lanie’s sister) to fall in love with her.

Kyle thinks that this is an impossible task because Lanie doesn’t have a figure, is kind of abrasive, and has the sex appeal of a stick. Lanie thinks that Kyle is perfect for the job because he’s a shallow womanizer who is a great journalist but may be a terrible human being.  Lanie tempts Kyle with an exclusive story that could win him a Pulitzer. Four clients of hers were forced into a sex ring by a prominent politician. The clients are suing for emotional damages and are willing to share their story. Lanie’s handling that interview and thinks Kyle would be the right journalist based on his past work.

Because Kyle wants the story and is intrigued by Lanie’s plan, he agrees but tells her he can’t make Brad fall in love with her. Lanie knows this but believes that with the right information, she can accomplish anything. She’s an excellent trial lawyer (although never does the in court work) and excels at preparation and also negotiation.

“Yes. We’re both juniors at our firm. I’ll make partner this year. Brad probably will in two years.”

Jesus, is that an insult to Brad? How could he describe this girl as shy? She was very full of herself.

He didn’t know why, but her odd demeanor was interesting. She adjusted the mop of curly auburn hair that threatened to spring free of the tight bun on top of her head.

“Why? Do you like fighting for the little guy and getting justice?” Kyle asked somewhat mockingly.

Lanie took a long sip of her drink, followed by a deep breath. “No, it’s not my job to get justice for people. That’s what the courts do.”

I just loved this unapologetic confidence in Lanie.  This could have easily slid into wallbanger status if not for Lanie. She’s smart and knows her strengths and weaknesses.  She’s insightful, able to read Kyle easily and recognizes her sister is a horrible person but still feels some familial responsibility toward her.

There is no insta-lust. Lanie doesn’t respect Kyle or want him. She wants Brad who she views as a great lawyer, great co worker, and decent human being. She thinks that they would be perfect together and is going to use Kyle to gather all the research she needs to execute a plan of attack. Kyle doesn’t think Lanie is hot at all. After each meeting, however, Kyle begins to notice things about Lanie. First it is her hair. Then her smile. Then her eyes until he doesn’t even focus on her looks anymore, but rather Lanie herself. He notices she’s fun to spend time with and is an engaging conversationalist.

Kyle’s plan isn’t to attract and/or please Brad, but to make Lanie more desirable. They do this, not by giving Lanie a makeover, but by Kyle pretending that Lanie and he are a real couple. As pretend relationship goes forward, Lanie and Kyle spend a lot of time together but as their feelings deepen for each other they don’t even realize it at first.

What I loved was that Kyle fell for Lanie before her wardrobe makeover and before other people found her attractive so he wasn’t a victim of the plan that he had for Brad — that a guy only wants a woman who is unavailable to him. Although Lanie was emotionally unavailable to him. Lanie told him time and again that Brad was the man for her until she woke up and realized that every attribute she thought she liked in Brad actually were attributes of Kyle.

Their transformations were well paced as was the romance. It is a pleasure watching a couple actually fall in love. While the price for this book is rather high, it was worth it for me.  Most of the story is told from Kyle’s point of view. I’ve seen some comparison’s to Emma Chase’s Tangled and those are fair but while Drew in Tangled was a misogynistic asshole from beginning to end, Kyle had a real redemptive arc and his womanizing didn’t come from a hate of women but a self hate. Thanks for the recommendation, Mistress M! B