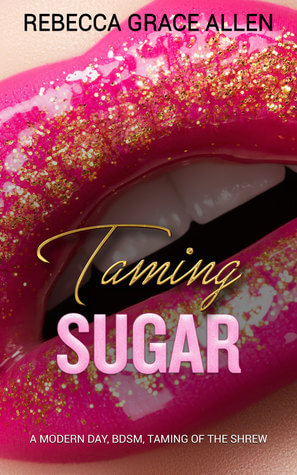 In her friend’s parents’ cabin, she comes into contact with property manager, Hunter Finn. Sparks fly.

The story itself is not new of course but what intrigued me most about it was how you would make the “taming” something that wouldn’t rub up against my burgeoning feminist principles. At its heart of course, The Taming of the Shrew is about putting a woman “in her place” – that place being decreed by the patriarchy.

While Roxy could be very bitchy, she has every right to be – the same behaviour from a man is far more accepted. I didn’t want to dislike Roxy so much that I felt she needed “taming” and I didn’t want the story to be about diminishing Roxy/putting her “in her place”. So when I started reading, I realised I was actually a bit nervous about the story and how it was going to pan out.

Roxy had reasons for being the way she was and those reasons made her more relateable so I needn’t have worried that I wouldn’t like her.

All her life, she’d never done anything but act like the ball-busting, hell-on-wheels Roxy Cavanaugh. She’d been like that through eight years of drama school. Let it carry her through all her auditions, during the months her father was sick and in the loneliness that followed after his death. It had turned her into someone she didn’t like. But if she wasn’t that person, who was she?

Her behavior was her armor.

Roxy modeled her behaviour on her father’s advice – and what he got away with in business is different to what a woman is praised for in… anything. Perhaps it was wishful thinking but I did detect some subtextual social commentary in that regard.

While the beginning of their relationship is Hunter not giving in to Roxy’s bullshit and challenging her, in the end, Roxy finds a connection with Hunter, partly through a meeting of equals – in Hunter Roxy finally finds a man who doesn’t want her to be less than she is and who can keep up with her without being threatened by her.  And, in submission to Hunter, she finds a heretofore unknown ability in herself to be patient, to relax and wait a little. It is a revelation to her.

She could still demand what she wanted out of life, could still be the uncontrollable Roxy Cavanaugh, but maybe softened a little.

Ultimately, Roxy identified some negative reasons for some of her behaviours and decided to change those behaviours but she also embraced herself for who she is – so I ended up thinking that the story was a kind of subversion of Shakespeare rather than an homage per se. (Although I think an even better subversion would have been a Fem-Domme book where the “shrew” is a male. Just saying.) I did have some uncomfortable moments along the way but I was pleased with where things ended up.

It is short, coming in at less than 60 pages on my reader so I can’t say that the characters were deeply developed. Roxy and Hunter are only just beginning their relationship at the end of it. But as a short sexy story it had quite a bit going on and I enjoyed it.