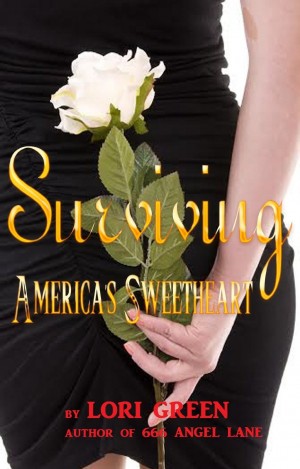 What would happen if the Bachelorette found herself in the Hunger Games?

Riley Davenport has it all. She’s America’s Sweetheart, the lucky woman seeking her true love from a pool of twenty-five handsome bachelors. All she has to do is survive.
The odds are stacked against her. With Lucifer and God trying to one-up each other using reality television as their new battleground, Riley must fight murderous demons, boring angels and jaded TV hosts for her happily ever after.

As long as the hot tub isn’t filled with molten lava, she might have a fighting chance. If she doesn’t lose her life, she might lose her heart.

I saw this listed in our submissions section and something called out to me, “read this this one.” Maybe it’s the “mish-mash” plot. Perhaps it was the excerpt. But anyway, I pushed back the book I had been planning to read that day and queued this one up on the ereader.

What a cute premise! It’s different, it’s timely, it’s a crazy mix of reality/dating TV shows with a paranormal romance that winds up sending them both up. I don’t read too many paranormals and have never watched any reality TV so perhaps that’s why it all seemed so fresh to me but I had a blast reading it.

Since we the readers and Riley can’t know much about each bachelor – after all it would ruin the ratings if everyone knew who was going to start the demon fighting – having it be a first person point of view narrative makes sense. And since even the show host much less Riley doesn’t know demon from angel from mere mortal – though everyone has their suspicions – it certainly adds spice to Riley’s picks and dates.

Riley is a woman unabashedly out to find the love of her life. As such, she’s as prone to weak knees from a soul melting kiss as the next woman. But she’s also done her research on the show – demon fights generally occur on the second day during the group date – and her prep work with fight trainers, exercise coaches and fitness gurus. She’s as ready to fight off the hell spawn as she can be while keeping an open mind as to who gets a rose at the end of the night. I do love the way she tries to ensure that her two final picks are men she might actually have a future with rather than just ones who trip her trigger and send her pulses racing. Her ultimate choice is based in mutual compatibility and a hilarious final date.

“Surviving America’s Sweetheart” is fast, fun and funny though the humor is more silly than actually black, IMO. I did notice a continuity name issue and a few of the sentences needed to be read a few times for the meaning to be plain but I’m glad to gave this one a try. B

→ Jayne
Previous article: Pay No Attention to that Man Behind the Curtain!
Next Post: Daily Deals: Three contemporaries and a Scottish Highlander