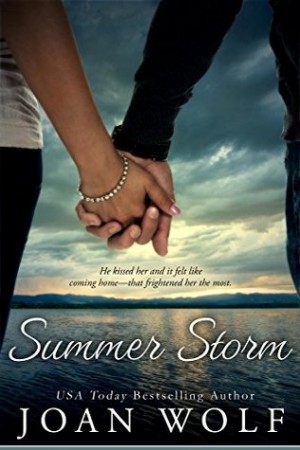 When I started browsing through this book and saw that the heroine’s husband asks her to get an abortion, I had to immediately check the end to see whether he could actually be the hero. In most of the romances I read, if abortion comes up at all it’s as a character shorthand: only Evil Other Women or Men would condone it, and the mere suggestion that a person might consider it is the worst insult you could offer them. (Which in this genre is really saying something.) Older romances are generally less reactionary (Judith Arnold’s A Stranger’s Baby, in which the heroine seriously considers getting an abortion, is a good example) and this book from 1983 is one of the more nuanced portrayals I’ve encountered. Neither character is entirely wrong nor entirely right.

The story is a reunion romance. Mary, a respectable college lecturer, is horrified to learn that her unacknowledged marriage to film star Christopher Douglas is about to become public. Through flashbacks we learn that Mary and Kit married right out of college, mainly (or so she believes) because she’s a devout Catholic and refused to sleep with him otherwise. Their initial happiness was ruined when Mary became pregnant and Kit suggested she get an abortion–which to Mary, is literally murder. But she is coming from a privileged life, while Kit is not.

“It isn’t that it’s not important to me,” he said, a note of quiet desperation in his voice. “It’s that it’s too important. A child needs security and he can’t have security if there’s no financial stability.”
She was stiff within the circle of his arm, refusing the comfort of physical contact that he was offering. “Money isn’t that important.” She sobbed. “It’s love that matters.”
“You can say that,” he answered grimly, “because you’ve never known what it’s like to need money and not to have it.”

After agreeing that Mary could keep the pregnancy, Kit ruthlessly pursued his new film career, leading to both physical and emotional distance between them, and gossip about his romantic exploits. The baby was born dead while Kit was off with his beautiful co-star, and Mary completely severed the relationship and moved on with her life. But when Kit finds her to warn her about the upcoming publicity, he seizes on the chance to join her during a prestigious summer production of “Hamlet,” hoping for a chance to win her back.

Kit doesn’t come off well in a basic plot summary, but by the end of the book, I was almost completely won over by him. His concerns about having a baby too soon are understandable and even sympathetic: as someone who grew up very poor, not only does he worry about whether he can provide for a family, but he doesn’t want Mary to have to give up her dreams, wanting her “to fulfill the promise that was in her” as much as he wants that fulfillment for himself. He not only loves her, but he respects her career and her intellect (later turning to her for input on his interpretation of Hamlet.) The biggest hurdles for me were his casual attitude towards his infidelity (which began only after Mary broke ties with him) and the fact that he doesn’t make a more Herculean effort to reconcile with her, letting four years pass. Since this is a more realistic sort of romance, those felt like plausible failings and weren’t deal-breakers for me.

Mary also comes off better than you might expect; her religious principles are completely sincere, and she’s not stuffy. She’s often more amused than outraged by Kit’s reappearance in her life, and she deals with the sometimes difficult theater and film people with poise and a sense of humor.

“Most big film stars are [tempermental],” Alfred Block said with a sneer. It really was a sneer.

“I didn’t think anyone actually did that,” she said in amazement. “I thought it only happened in books.”
~~
Margot smiled dazzlingly at the two males and said, “Isn’t that just marvelous, a woman intelligent enough to teach college. You must be very smart, Mary.”

Mary smiled back even more dazzlingly. “Yes,” she said. “I am.”

I appreciated the slightly old-fashioned feel of the book, which is tender and sensual rather than graphic, and doesn’t focus solely on the two main characters. The prose is pretty straightforward (with a slight tendency towards head-hopping), but the college and theater setting add flavor and depth to the story, with Kit’s emotional portrayal of Hamlet finally making Mary see the failure of their marriage in a new light. And there’s nothing at all dated about two believably flawed people figuring out where they were wrong, and how to make it right. B