With world attention focusing on the Games of the Thirtieth Olympiad, what better time to read your short story “Running for Cover” which is now available for free at Smashwords. 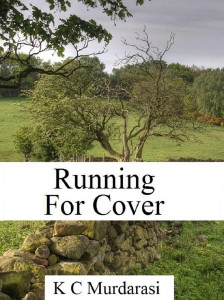 Sick of the Olympics already? Isla is with you but might have an even better reason not to want it shoved down her throat since, up until 8 weeks ago, when she tore a ligament in the trials, she had hopes of competing for Team GB. Now, all she wants to do is get away. After dodging into a travel agency to avoid yet more Olympic adverts, she thinks she’s found where to go – they don’t even have a TV at this B&B in seemingly remote Derbyshire. Perfect. But will Isla really find the solace she seeks? Or will she need all her skills to save the day in a different way?

Short stories are an art form. Getting an entire story arc plus interesting characters into such a tiny word count is challenging but you’ve done a nice job. Isla stands out as a person and you’ve managed to give readers taste of the people of Derbyshire and small town life there as as well. Isla’s skills as a top level hurdler come in handy in a way she never anticipated which neatly wraps up the ending and opens the possibility of an offstage HEA. Isla might not be able to compete for the gold but she ends up a heroine here in more ways than one. B