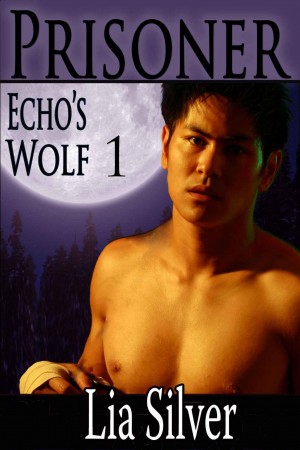 I knew I was going to like this book when the hero tries to guess the heroine’s shifting ability based on her scent which is green, of cut grass and new leaves. “Tree shifter” he asks her. She responds with some disbelief but he answers that he shifts into a wolf so he’s not going to presume there aren’t tree shifters. Echo, the heroine, goes on to say that she’s a platypus shifter. (She’s not)

She was seized by an unexpected mischievous impulse. “I’m a platypus shifter.”

Now it was his turn to be thrown. She watched his mobile face register a quick sequence of thoughts: disbelief, contemplation of the possibility that it might be true, amusement at the thought that it might be true, hope that it was true, then the rueful decision that she was teasing him. “You are not.” Then back to hope. “Are you?”

Echo couldn’t resist teasing him some more. His facial expressions were so entertaining. “Maybe.”“Come on, what are you really? I have to know. You don’t want to go to all this trouble to save me, and then have me to die of curiosity.”

DJ Torres is a wolf shifter who joined the Marines against the better judgment of his pack. As a born wolf, he is able to be separated from his pack for long periods of time unlike made wolves. While deployed, his best friend Roy is mortally wounded and DJ bites him in hopes of turning him into a wolf and saving his life.

This brings Torres and Roy to the attention of a secretive governmental body who is trying to make super warriors including wolves. Torres misses his wolf pack and is desperate to escape, but they have Roy and they warn Torres that if he doesn’t remain with his captors that Roy will not get the medical attention his needs. Effectively handcuffed, Torres agrees and he is assigned Echo as his partner.

The first part of the book is Torres capture while the last two thirds is focused on Torres trying to figure out how to escape while still keeping Roy alive. For anyone who has read the first book “Laura’s Wolf” part of the suspense of this book might be taken away. Prisoner hit all my happy buttons. First, there were werewolf stuff with fun mythological components such as the difference between made and born wolves; their gifts; their scents. There was almost no emphasis on soul mates but rather the importance of “pack” and how lack of a pack could drive a wolf mad.

The term Prison is broad in this book. There’s physical imprisonment but it’s the mental imprisonment that kills you as it slowly saps away at your will to survive. DJ suffers some kind of mild PTSD but he’s also imprisoned by his love and sense of responsibility toward Roy. Echo is trapped by her sister’s circumstances. The made wolves can’t leave because they need each other to survive. They can’t survive even a week without each other. There is one character who is literally trapped both in mind and form. For these individuals there was no need for physical boundaries. They would always be forced to return of their own volition which is mentally crippling.  The only release for many of these individuals was death and so the balance between the hope of survival and the peace of death was one they faced daily.

But none of this would have kept my attention if Torres and Echo weren’t so interesting–Torres more so than Echo. Echo is a super soldier kept in line because of her sister’s ill health. She’s got a single minded focus until Torres comes along and that is to do whatever her handlers ask so long as she and her sister can be left in peace. Torres frenetic energy and almost unconscious charm takes her by surprise and she finds herself drawn to Torres though their love is doomed.

Holding him was throwing myself off a cliff, she thought. Kissing him would be walking into a fire. This is the most reckless thing I’ll ever do.

And who wouldn’t love Torres? He’s got a good sense of humor, a big heart and is strongly devoted to his family. He also doesn’t shy away from making hard decisions.  The best part is that the story just isn’t one I’ve read a lot before. It surprised me and kept me entertained.  I’d recommend it to those who like shifter stories but also for anyone who is looking for a different kind of hero and heroine than currently dominates the market. B