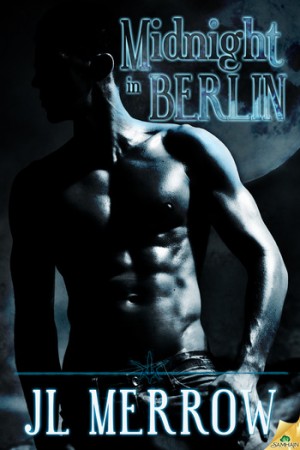 The hookup from hell…or the ride of his life?

Leon’s drifter lifestyle gives him the freedom to attend as many music festivals as his heart desires. Even the ones that leave him covered in feathers. Wet feathers, thanks to the rain as he hitchhikes back to his hostel. When he’s offered a ride by a good-looking man in a Porsche, Leon thinks it’s his lucky night. Until he discovers his savior from the storm hides a dark secret: he’s a werewolf.

At first glance, Christoph thinks the shaggy stranger walking Berlin’s streets is a rogue werewolf. By the time he realizes his mistake, it’s too late for both of them. Forced to turn Leon into a monster to save his life, Christoph still has to suffer his pack leader’s brutal punishment for endangering them all.

Leon awakens, horrified by what he’s become—but it’s his lover’s fate that spurs him to action. Freeing Christoph is easy, but the aftermath complicates everything as they go on the run, desperate to uncover the secrets their pack leader is hiding. Secrets the pack will kill to protect…

Warning: Take a trip to Europe. Soak up the local culture, meet a creature from your worst nightmares. Contains werewolves behaving badly, clothed and unclothed. Author is not responsible for unexpected, uncontrollable urges to consume massive amounts of, um, bacon.

Dear JL Merrow, this book has been sitting in my TBR for almost three years. I really wanted to read a werewolf story which would be at least somewhat different from the usual, and in several ways your story delivered.

Before I try to explain what worked for me in the story, I want to state up front what did not work, or more precisely what I was confused about. So Christoph turns Leon, right? When it happened I thought that he did it indeed to make sure Leon would not tell anybody else. Okay, I may have wanted to slap him across his stupid head (till I saw what his pack leader did to him), but at least I understood his reasoning.

Except later in the course of the story they meet Leon’s friend, who also learns that they are werewolves. One guess as to whether they turn him or not (the answer is not, he may want to stay with them of his own volition but that comes later and for a different reason), so the turning of Leon did not make much sense to me after I finished the story. Oh well, I shrugged it off by thinking that Christoph made a stupid mistake, but I still wanted a more solid reason. Perhaps I missed some obvious plot turn which could have clarified my confusion.

But there were *a lot* of things that worked for me in this book – first and foremost Leon’s voice. From the first line and pretty much till the end I really enjoyed his sometimes sarcastic, sometimes self- deprecating narration.

“It was midnight in Berlin, and I was soaking wet and covered in feathers.

Seemed like as good time as any to do hitchhiking”.

“Tonight, it was going to wake me up when all the other wolves were tucked up when all the other wolves were tucked up in bed, dreaming of kittens and bunny rabbits or whatever the hell they dreamed about ripping the throats out of. There was something I was planning on checking out. The door under the stairs. I’d noticed it both times I’d come upstairs, and thought at first it must be some kind of closet. Then I thought, this was an old house, and what do old houses often have? They have cellars. Where better to keep you troublesome family members, right?”

I really liked Leon. Of course he had some personal issues which contributed to him closing off his heart and just drifting through Europe, but I liked how he dealt with the fact that his life had drastically changed. See, there is nothing romantic in becoming werewolf in this book – it is closer to the stuff of folklore, basically horror. Christoff’s pack amongst whom Leon ends up living for a little while don’t turn into beautiful wolves during their transformation – they turn into more horror-like folklore versions of werewolf (half wolf, half man), but for some reason they think they are the “true werewolves of Germany”. I mean it is clear where they get this nonsense – their pack leader repeats it to them — but it felt somewhat satirical. The pack leader (Shreiber) rules with an iron hand and does not hesitate to dole out abuses of all kinds. So I really admired Leon for taking his new circumstances in stride as much as he could. Sure he was upset, but he was not moping for too long.

And it made sense to me that he would want to save Christoph despite Christoph being the reason for such a drastic change in his life. Leon just wanted to do the right thing and I was happy about that.

I also liked how the attraction between Leon and Christoph was developed. I appreciated a lot that there was no mate stuff in this book. I know it is my issue and many readers love the fated mates trope, I can be fine with it too, but I need some subtlety if we are to have that trope and if we do not, I am happy too. Leon and Christoff are attracted to each other when they meet, but for many reasons they do not act on it after Leon was turned. I appreciated that they were given a chance to spend some time together before having sex. I appreciated that we do not have a tight neat bow for their romance at the end of the book – their relationship was very much work in progress, and that fit the story.

The book also has an action/adventure storyline, which is connected to our heroes figuring out “where the werewolves came from” – it turns out that most werewolves in this pack, including Christoph, were forcibly turned either by a pack leader or his lieutenant, and Christoph really wants to deal with it and find out the secrets of the pack leader. I was satisfied with how this storyline played out, especially because the secret turned out to have a fun twist.

I enjoyed this book. I want to note that I have no idea whether Berlin was researched well or not – streets, places, some german words. I do not know if this part was well done, if this important to you.