“Eric Layton is used to being awakened by the phone. Firefighters are always on call.
When his phone rings in the middle of the night, he's halfway to the door before he realizes that it isn't his chief calling him in for an out-of-control fire. The woman on the other end, however, is a little out of control, and in fact a lot drunk. Before he can explain that he's not her brother, her cell phone cuts out. His conscience won't let him leave the woman waiting, but is he prepared for the chemistry that flares once the stranger climbs into his truck?” 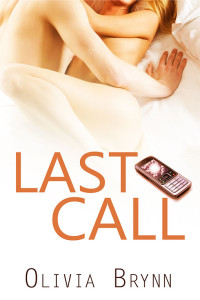 According to Wikipedia, drunk dialing is a pop-culture term denoting an instance in which an intoxicated individual places phone calls that he or she would not likely place if sober. And boy does this call from Joanne to Eric fit the definition. She is lit up enough to power a small city’s street lights. But you’ve created a wonderful hero who resists taking advantage of her and actually hoses off her neighbor’s grill after she hurls on it. And he still thinks she’s cute even after she does that. Then! he makes sure she’s lucid, knows what she’s doing – I mean beyond the fact that sexually she really knows what she’s doing – and only then gets down to some hot sexing. What a guy.

Our first introduction to Joanne doesn’t allow us to see her at her best. Let’s face it, she’s almost falling down drunk. But once her reasons for getting toasted are revealed, who wouldn’t have gone out looking for oblivion even if just for one night. Even though I can see she’s at her lowest after the day that she’d had, her pushing for sex was pushing it right to the limit before Eric made sure she knew what she was doing. To the brink but then a step back. Whew! Then on to the above mentioned hot love.

When the morning after of reckoning arrives, I like that Eric wants to make right and start over in their relationship with something a little more conventional – like dinner and some conversation. And that Joanne realizes how dangerous her stunt could have been had she dialed someone other than Eric. It’s also nice that Joanne has a protective brother but at least he didn’t beat the crap out of poor Eric. Thank you for building in the 6 day cooling off period as a good break before these two soberly, or nearly soberly, take up with their future relationship.

This novella is a hot, smart, quick read but I can believe that these two would want to see each other again and take it from there. And good job inserting those cutesy “fireman” sexual terms. Amazing how many can be crammed into one conversation. B

→ Jayne
Previous article: The Comeback of the Backlist
Next Post: Publishing Romance: The More Things Change …