“The Honourable Miss Annabel Wells needs to catch a husband to save her reputation – and fast. But even in her dire straits she can’t bring herself to accept Mr Henry Champion, a gentleman without property or pedigree, no matter what she feels about him. She marries a foreign count but when her husband is killed in duel will Henry come all the way across Europe to the rescue or is too late for a second chance for love?”

A friend described this book as having a stuck up heroine which initially interested me not at all but then I remembered having read one of your previous books shortly after Dear Author started and liking the writing. Not long after my friend mentioned the book, it was offered to us to review and I decided to give it a shot. After all, it isn’t often that a Regency is set mainly in Poland! 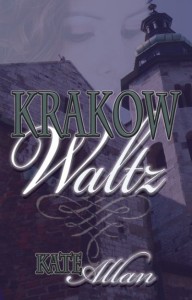 I love the setting and the fact that it’s used well. The land and people and politics of the time become an integral part of the story though it took a while before I and the hero realized just how dangerous it was for Annabel to remain in Poland after her first husband’s death and that it’s not just about a family land inheritance. I do wish this had been elaborated on a bit more as I’m the first to admit that I know less than I should about Polish history, especially this time when it appears great things could have happened. But then Poland got sold down the river after WWII as well and for similar reasons. I love that Annabel thinks dearly of this land she’s lived in for 9 years and feels at home there.

Henry isn’t a Duke. He isn’t even titled nor is he rich. Wow, you certainly took a risk with that but I love it. It makes his reasons for not speaking up for Annabel 9 years ago believable. And even now he’s still not sure whether or not she’ll welcome his advances. But as a minor hero of Waterloo (I adore this too, he’s not some “save the day” savior of the battle) and aide to Wellington, he’s sort of made his mark and has some gravitas now. Of course he still has a wry sense of self deprecating humor which made me laugh. Annabel doesn’t regret her decision of 9 years ago. It was the correct one for her at the time and she’s enjoyed her life in Poland.

Despite the fact that they met 9 years ago, neither Henry nor Annabel has mooned over the thought of the other for all that time. When faced with the reunion, each vaguely wonders about the other but no one’s life was put on hold with breathless anticipation and “never having forgotten each other.” Thank you. It’s definitely a two steps forward one step back romance. The reasons for the steps back make sense and fit the story but each interruption of them getting to the point in the romance began to get on my nerves a bit. Henry’s bungled proposal at the end helped make it worth the wait. But…though Annabel’s reasons for fearing marital relations also fit her background and I love the fact that Henry takes them seriously, his explanation/reasurrance followed by a brief 10 second contemplation by Annabel sure seems fast to overcome all her fears.

Marek, Count Ralenski, is a fun addition – also with a great sense of humor and down to earth realism. His character makes me want to investigate Poland’s support of Napoleon. He’s a great friend to Henry and Annabel and I hope we’ll see more of him and his courtship. He’s got the soul of a poet as he gently takes Henry to task for ignoring Annabel as if she was an insignificant flower. Sometimes heroes need a swift kick and Ralenski’s the man for the job. However, I felt that there isn’t much to the villain Zakonski beyond being a bully boy. He’s bad from start to end and I’m still not sure if his interest in Annabel was personal or just for the land. I would have liked to have seen more of why you made him the villain.

Helena and Robards are nice additions to the story. I can see them being “in the know” about their respective employers due to their close relationships with Annabel and Henry. I also like their common sense and support for the main characters. Henry’s sister Jane is delightful and how she deftly manages his romance – or tries to before Henry finally takes matters into his own hands and gets Annabel for himself. Jane would be a fun s-i-l to have.

Sometimes my first thoughts about whether or not to try a book turn out to be totally wrong as is the case here. Good thing I’m allowed to change my mind about what I read and review! Though a Regency in a world full of Regencies, it’s also different and takes some chances that I think will reward those looking for something other than the usual Nobleman/Spy/Rake books. Thanks for offering it to us. B