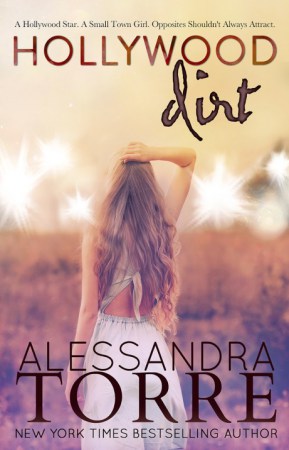 I’ll be honest, I’ve never read your books before, I’m not sure why, as from a cursory glance at your backlist, your books would seem to be right in my romance wheelhouse. But the hook on your latest book, Hollywood Dirt, intrigued me enough to read the sample and subsequently purchase the book. The story centers around a small town, Quincy, Georgia. Where in the 1920’s, an enterprising banker noticed that the citizens of Quincy routinely enjoyed an ice cold bottle of Coca Cola. He encouraged a number of them to buy stock in the company and when the company went national. It created a disproportionate number of millionaires in the small town. 76, to be exact.

All these years later, there are still many who have built their fortunes on that initial windfall, and many who lost all of it. Quincy maintains its small town charm, and while millionaires still abound, the town is tied to the same rules of Southern gentility as always. You call before visiting, you don’t insult your hosts, you maintain a respectful, kind demeanor at all times, Bless Your Heart.

The biggest news in Quincy in some time is that Hollywood is coming to call. A recent bestseller has told the story of Quincy, and Hollywood’s hottest actor, Cole Masten, has bought the rights and will be executive producing and starring in The Fortune Bottle, a film that retells Quincy’s story. Cole is beautiful, talented, and seems to have every gift in the world. Replete with good fortune and a beautiful wife, Cole is the embodiment of Hollywood self-entitlement. When he comes home one day to find his wife having sex with another man in their bathroom, he is shocked and enraged. When he receives divorce papers from a barracuda of a divorce lawyer, he knows he must act. He hires his own legal shark, who immediately orders him to get him butt out of Hollywood (and the myriad starlet wannabe’s he’s been revenge banging) and go to Quincy. He is ordered to stay away form women altogether while he awaits the start of the film, and the attorney negotiated with his ex-wife, who wants half the rights to the movie.

Summer Jenkins has lived in Quincy her entire life. After a humiliating breakup with one of the town’s millionaire sons on the eve of their wedding, she is the town pariah. She lives with her mother in a small bungalow near one of the many Quincy mansions. She is the caretaker for the mansion as the owners only spend a few months a year in the house. The rest of the time, Summer keeps the house clean, and she and her mother are allowed to live in the bungalow for free in exchange for caring for the house and a small stipend. Summer knows that she must leave Quincy. She’s not sure what she’s going to do, but she’s got to leave town, as she is tired of playing the role of “most hated woman in Quincy”. So when a Hollywood location scout comes knocking on her door, she takes her chance. The scout, Ben, bungles the ask to use the mansion altogether, and Summer advises him on how to gain entree into the finer homes of Quincy. Soon he’s agreed to pay her the sum of $20,000 to help him secure locations for filming in Quincy. As she knows exactly how to help him and make the right introductions, she takes the money and knows that as soon as her job is done, she’ll be leaving Quincy altogether.

As Cole is leaving Hollywood, his assistant and right hand man, Justin, is in an accident. Therefore, Cole and his attorney arrive in Quincy with no arrangements made. They borrow a truck from a local, call Ben, who is at Summer’s house, since they’ve struck up a friendship, and head there. When they arrive, Cole is bowled over by his attraction to this long legged blond in a ratty swimsuit and denim cutoffs who is neither in awe of “The Cole Masten” and in fact is insulted by his entitled nature. She firmly puts him in his place and kicks him off her property. It is then that he realizes that she would be perfect to play the role of his assistant, Ida, in The Fortune Bottle. Despite Summer having no acting experience whatsoever, he knows instinctively that she’ll nail the part.  Even though she’s terrified, when Cole agrees to pay Summer $500,000 for the role, she decides to take the part. The money will set her and her Momma up for life.

What begins is a truly enjoyable romance between a highly arrogant man, and a smart, driven heroine who takes absolutely no crap from him. Their interactions are laced with a strong sexual tension as Cole tries desperately to stay away from Summer per his attorney’s orders, and Summer vacillates between wanting to kiss Cole and punch him in the face. The dialogue is snappy and fun, and I really enjoyed the way the story veered from Summer’s voice, which is perfectly Southern, to Cole’s who is perfectly arrogant. The part that impressed me the most was the gradual transformation Cole makes. He starts of insufferably self-entitled, and finishes the story wholly and credibly committed to Summer and a man who I thought was deserving of her. The story is at turns funny, romantic, and sweet. I thoroughly enjoyed it. While this is a story set in a small town, it’s not really a small town romance. It’s an engaging character study of two imperfect people falling in love. Final grade: B.