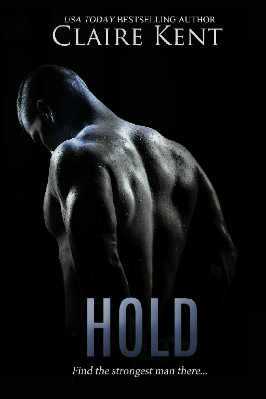 As far as novella go, I thought this was tightly structured with a believable romance. The story opens with a compelling tag line.

Find the strongest man there. Give yourself to him in return for protection. It’s the only way you’ll ever survive.

This is the advice that one of the prison guards given to Raina when she is shoved onto the floor of a facility on Genus 6. She was arrested and convicted of trespassing during an archeological dig. The Coalition treated all crimes the same, regardless of whether it was murder or trespass–a one way ticket to Genus 6 or some other penal colony. For digging too close to the grounds of the Imperial Palace of Karna, Raina was sent away.

The Hold may once have been set up as an ordinary prison but few cells had doors or even bars. This is one place where you need the bars to keep the predators out. The food comes down a chute twice a day and you hadhaveto fight for it. The bathrooms are communal. Needless to say not everyone receives a fair or equal portion. Raina doesn’t just need to tie herself to a strong man to avoid constant rape, but to gain food and shelter.

Taking the advice of the guard, Raina takes quick stock of her surroundings. There are only a few choices. One inmate named Thorn had three female slaves already but another man, about the only one that did not come to the main area and check her out, holds her interest. He has a cell with bars and a door and what looked to be a private toilet.

Raina is presented as a pragmatic heroine and I liked that she got to choose.  The man she chooses is the strong, silent type but he isn’t entirely perfect. In other words, he doesn’t give up space in his private cell without expecting something in return.  She tells herself that she’s had hook ups and one night stands before and that there are worse ways to survive (such as choosing one of the other men there).

This is a science fiction story only by dint of the fact that it contains other planets. There are no otherworldly creatures, customs, religions. The world building is centered around the lawless prison system where might makes right. In that sense, the world building was well done. The place is filthy, smelly, and filled with people who are one step away from being an animal. In fact, that is one thing that the man Raina chooses is trying hard to prevent from happening to him.

As Raina settles in, the issue of free choice comes in. Would Raina have picked the man had she not been forced to? Can any real love come from these circumstances? I understand why this is a novella because I don’t know how much the reader could withstand of Raina in the hold. It becomes increasingly dangerous for her to be there.

If I were to complain about anything, I wished Raina would have been allowed to contribute in some greater way to the plans for release and escape than she did. In a science fiction world, I think that there’s opportunity to place females in equal position as males. In other words, it might have been nice for a strong female to present an opportunity for Raina.

I’m not a fan of novellas, but I thought this one was a solid, sexy and with just enough dark, grittiness to be a memorable read. B