My recent and much too delayed venture into m/m romance led naturally to your books, given their strong reviews and word-of-mouth and my predilection for mysteries.   I have your first two Adrien English books in my ebook TBR, but when I saw that you had a stand-alone coming out from Carina, I was intrigued. I’m a sucker for novels set in colleges and I was hooked from the first few pages. 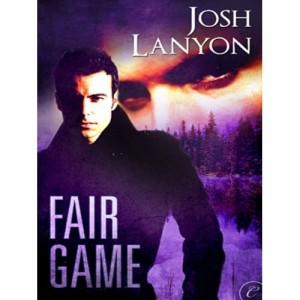 Elliot Mills is a former FBI agent who also has a Ph.D. in history. This credential turns out to be fortunate when he is injured in a shootout and has to give up his field agent position. Rather than accept a desk job, he changes careers and becomes a history professor at Puget Sound University, where his father was a beloved, longtime faculty member until his retirement. While Elliot’s ability to secure a plum academic position at the drop of a hat requires a major suspension of my disbelief, your pitch-perfect descriptions of college life, down to Elliot’s faculty colleagues and the President, lets me treat it as a fiction shortcut rather than a sign of inaccuracies to come.

Elliot’s dull but comfortable faculty existence is interrupted by the disappearance of one of the college’s undergraduates, Terry Baker, who also happens to be the son of his father’s old friends. When Elliot investigates, he is brought into contact with his ex-lover, Tucker Lance, who is still in the FBI, serving as a field agent assigned to investigate violent crimes. Elliot and Tucker had a brief, passionate affair which ended abruptly and badly during Elliot’s long rehabilitation from the injuries he suffered during the shootout. Elliot blames Tucker for abandoning him when he lost his career, and Tucker harbors his own set of grievances.   As Eliot investigates Baker’s disappearance, another male student goes missing, and Elliot and those around him become the targets of a serial killer.   As Eliot and Tucker grudgingly work together to solve these crimes, they also confront their unresolved feelings for each other and what Eliot’s changed physical and career circumstances mean if they are to rekindle their relationship.

I was immediately drawn into the story by the quality of the writing and by your characterization of Eliot. I know I’m not his type, but I found him immensely attractive. He has a dry, self-deprecating sense of humor and a healthy level of self-awareness.   The reader discovers in the first few pages that Eliot is gay and comfortable with it:

On cue, the blonde in the front line of chairs made a moue of surprise and shifted in her chair to better display her long, slim legs.

What was her name again? Mrachek, Leslie. That was it.

Catching his gaze, Mrachek smiled demurely. Elliot bit back a sardonic grin. Barking up the wrong tree, there, Mrachek, Leslie. If Elliot was inclined to get involved with a student–and he wasn’t– it would more likely be the broad-shouldered redhead sitting next to her. Sandusky, John.

I laughed out loud at Mrachek, Leslie and Sandusky, John. Yes, that is how names often appear on class rosters, and I have been known to think of my students that way.

Elliot really misses his previous life, even though he likes teaching. When his father asks him to talk to the Bakers about their son, he enjoys getting the chance to investigate again. Eliot’s relationship with his father is warm and loving, even though they are very different.   In some m/m romances the conflict   is generated by the protagonists’ sexual orientation and the difficulties they face with friends and family, while here the unresolved issues in the book stem entirely from the mystery and Elliot and Tucker's feelings about each other. I found this focus refreshing. I like books in which gay men are working through the complications of coming out, but it’s equally fun to read a story in which the characters’ identity is a given and the reader gets to see how the plot and characterizations are the same as and/or different from a straight romance.

Eliot and Tucker don’t have much face time until over halfway through the book.   I found this a little frustrating because I was more interested in how Elliot was dealing with his feelings for Tucker than how the crimes would be solved, so I occasionally became impatient at the mystery (even though I like mysteries and read a lot of non-romantic ones). The mystery itself is interesting and mostly held my attention, but there were a lot of moving parts (and characters) and not all of them were fleshed out. I am not an expert on serial killer mysteries, but I guess when you have lots of victims you wind up with lots of characters, and when you add the necessary red herrings for the reader, the cast balloons. Nonetheless, you included enough phone conversations between Elliot and Tucker to keep me going, and the scene in the car was terrific. By the time they finally got together, I was seriously invested in their success.

And I felt well rewarded by the way the relationship unfolded. Everything is written from Elliot’s POV, so we don’t know that much about Tucker other than what Elliot tells us. But Tucker turns out to be the more straightforward and risk-taking partner, which I didn’t expect. Since Elliot is so articulate and appealing, my sympathies were with him until the scenes where the two finally talk about the past and negotiate the present and future. Then I started to get annoyed with Eliot for not appreciating what was staring him in the face. Luckily he wised up, mostly, and I believed in at least an HFN, not least because good grief, he’d be an idiot to give up such good sex with such a decent guy!   Seriously, though, the good sex and the emotions are interwoven really well. The sex scenes are not that long or explicit, but I found them satisfying.

Both the characterizations and the major relationships are very well realized. Elliot's relationship with his father, and the romance between Elliot and Tucker were believable and stayed in my head after I finished the book. To the extent that characters and story elements felt inadequately developed, I think these limitations might be due to the word count restrictions rather than to authorial shortcomings.

This book has been described as a stand-alone, I believe, but I would happily read more about Elliot’s adventures at PSU and Tucker’s at the FBI, and of course the ups and downs of their relationship. Failing that, I’m off to immerse myself in your extensive backlist. B.

→ Sunita
Previous article: Dorchester Moving to Trade and Digital
Next Post: REVIEW: The Heat is On by Jill Shalvis