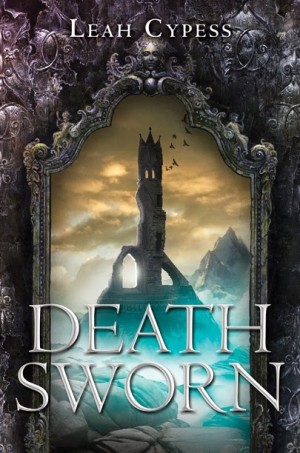 I’ve been wandering in a traditional fantasy wasteland these past few months. Sad words coming from someone who used to read only that genre. I confess nothing’s been exciting me in adult fantasy so I’ve been searching within YA fantasy to scratch that itch. The premise of your latest novel did just that.

Ileni was once a prodigy in her society of exiled mages. But the unthinkable happened: she began to lose her powers. Raised and taught to believe she was exceptional, she now has to look forward to a life of being merely ordinary. To add insult, she also loses the young man she loved.

Ileni, however, doesn’t return to an ordinary life. She is given one last task by the Elders. The mages have an alliance with a group of secretive assassins who live in the mountains. They send one of their own to live with the assassins, to teach them magic. But why is Ileni sent, you ask? Her powers are fading. How can a teenager with waning powers teach a bunch of assassins?

That’s the trick. Ileni’s two predecessors died under mysterious circumstances, the most recent one within months of assuming the post. No one believes it was due to natural causes. She’s sent to investigate their deaths and learn the truth. In short, she’s sent on a death mission. No one expects her to return alive, not even Ileni herself. But as Ileni begins unraveling the truth behind the deaths, she discovers the secrets that tie the mages and assassins together and in fact, the truth about her own fading powers.

A talented mage who loses her powers? Secretive assassins trying to learn magic? A murder mystery in a bunch of mountainous caves? Sign me up! This is kind of plot I eat up with a spoon.

I appreciated Ileni’s fatalistic streak. She knows she’s going to die. Her two predecessors, both older and more experienced than her, died after all. How can she hope to survive? Even at the height of her powers, it would have been a challenge. Not to mention the little fact that the perpetrator was probably an assassin. These men are trained from childhood to be killers. They’re taught to complete the mission at all costs. Only, and only, if the mission allows it do they come back alive. What are you supposed to do against a killer who doesn’t care if they die?

But Ileni sees this fate as better than living an ordinary life for the rest of her days. In fact, she’d rather die doing something useful than spend the rest of her days, wondering what could have been. It’s overdramatic, I won’t lie, but I can buy this mindset.

I didn’t have any objections about the romance between Ileni and her assassin bodyguard, Sorin. If anything, I wish there would have been more development. It wasn’t instalove and the novel showed them circling each other before the inevitable happens, but I also think there could have been more.

If anything, that’s my main complaint about Death Sworn. It features a secret group of assassins who live to take down an oppressive empire and a once-powerful mage who must contend with the fact that she’s losing her powers while hiding that small detail from the very people she’s supposed to teach. I actually thought the book should have been darker and edgier. This is not a cry for grimdark, but I couldn’t help but think the novel could have pushed harder.

There’s clearly another book forthcoming so maybe it’ll be more explored then but I wanted to know more about the Empire. Like so many fantasy novels, Death Sworn features the ubiquitous Evil Empire. The assassins train to destabilize and take it down, one crucial figure at a time. The mages were exiled generations ago and hide in the mountains where the assassins make their home. But why? Why is the empire evil? Just because? Are they all mustache twirling villains with imperialistic tendencies?

Aside from Ileni and Sorin, the other characters are fairly two-dimensional and rote. There’s the assassin who’s Sorin’s rival and antagonizes Ileni for the sake of antagonizing her. There’s the boy who’s hopeless at being an assassin but has the strongest innate magical ability. There’s the leader of the assassins, who’s a creepy old man that sits in the shadows. (I’m not even kidding.) Longtime readers of fantasy (or even Harry Potter) will recognize these achetypes. They work within the context of the novel but I wish we’d gotten a bit more nuance.

While the execution could have been stronger, I really did like Death Sworn. The truth about Ileni’s fading powers and what she chooses to do at the end can’t do anything but make me want to read the next book. I have to know what happens next. B