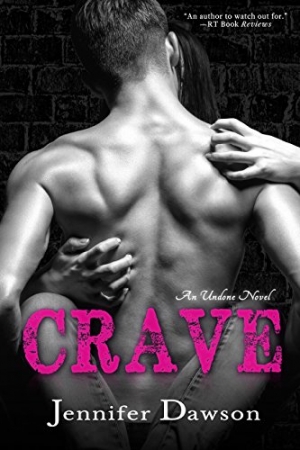 Angela James recommended this book to me. The story is a simple one. Layla loses her fiancé during an assault in an alley near a club. She sinks into a deep emotional depression. She finds someone who attracts her but she fights it because she’s both afraid of loving again and feels that she doesn’t deserve a second chance at love.

Because of lack of a suspense plot or secondary romance, the focus is squarely on Layla and her emotional journey from despair to new love. Layla is at a special club where she hopes to find a man who will give her the sexual release she craves without any emotional ties. She rifles through one prospect and then another until she meets the eyes of Michael. He’s all too knowing and exactly the type her body wants and therefore she runs away. He fits her profile too well.

Told only from Layla’s POV, we get deep into her mental processes. If the reader doesn’t like the narrator’s voice, she’s not going to like this book. Despite Layla’s neediness and seemingly endless grief, her sorrow felt genuine. Because she took the time to work through her loss, it made the romance with Michael more believable.

Michael is a detective and he will come across to many as over the top and stalkerish. He knows where she lives, read the criminal case file on her and her fiancé, and does not relent in his pursuit of Layla. His behavior, however, is what both attracts Layla and is persistent enough to overcome her very rigid barriers. Another man who wasn’t so insistent on having his way might have given up in the face of Layla’s refusals.

One of the interesting things about the story was how similar her fiancé and Michael are in terms of what they want sexually but how different outside of the bedroom. John, the fiancé, was considered sweet and maybe even mild mannered by friends and family members whereas Michael wears his dominance as prominently as his detective badge.

Despite the sexual kink that draws Michael and Layla together, this book is light on the sex scenes and even though Layla is very much into cruelty and submission, the love scenes are almost tame–more alluded to than actually played out on page. For me, this worked. I was into the story of the two and what love scenes were included were just enough to give me a taste of their connection in the bedroom.

There are great secondary characters from Layla’s best friend, to her sister, and Michael’s family. Layla isn’t an island–she just pretended to be one to protect herself from further hurt. As Michael draws her out, she realizes that her grief has affected her friendships and relationships with her family. It should also be noted that Layla is in therapy and that the therapy provides a helpful hand in Layla’s emotional recovery.