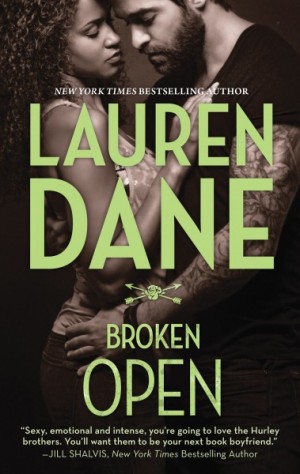 I’ve really enjoyed your past stories of the Hurley Brothers, a group of rock stars who formed the band Sweet Hollow Ranch and have become a cultural phenomenon. I loved Damien and Paddy’s story, and am looking forward to Vaughan’s story next year, but the brother I was most intrigued by was Ezra.

Ezra is the eldest of the Hurley brothers. While he writes music and performs and produces all of their albums, he does not go on tour. That’s because Ezra is a junky. Or was a junky. While enjoying the first days of fame, Ezra succumbed to temptation and developed a heroin addiction. It took hitting rock bottom on stage and having his mother threaten to shoot up in front of him so she could see why he was so addicted to wake him up. As a result of that addiction, he lives his life with extreme control. He needs to control his environment, be conscious of his actions at all time, and he takes his responsibilities very seriously. He manages Sweet Hollow Ranch (not just the name of the band, but the name of the ranch that the brothers own together with their parents). He cares for his pets, tends the land, and creates music. And he’s fine with the status quo.

But when his brother Paddy gets involved with a women named Natalie, he is introduced to Tuesday Eastwood. Tuesday is Natalie’s best friend and roommate. She is gorgeous, self-sufficient and has suffered loss herself. Her husband, the love of her life, died of cancer a few years ago. After shutting herself down after his death and wandering aimlessly for a while, Tuesday has settled in Hood River with Natalie. She owns a successful framing business and designs beautiful jewelry. She’s confident and smart. She owns her pain and her past. Ezra is immediately attracted. Tuesday makes him feel things he hasn’t felt before. She challenges him to let go of his guilt and pain over hurting his family so badly. They strike up a friendship that has a definite spark, and they circle towards a deeper relationship. But their shared foundation of pain is what initiates the friendship and as they become closer, Ezra realizes that he’s been living only half a life. It is Tuesday that makes up his other half, and he wants nothing more than to be with her. But is Tuesday ready to love as deeply as she did in the past?

I’d call this book a character driven romance. While Ezra and Tuesday have difficult pasts that definitely inform both their characters, it is the slow coming together that makes this such a wonderful romance. Ezra is a really nuanced character, carrying a ton of guilt for his past actions, which honestly? Were reprehensible. Even though they are told in the past, it made me cringe to read about them. And Tuesday is a really together woman. I liked her immensely.

One of the things that I wish had been more of a focus in this book was the fact that Ezra is white and Tuesday is African American. I know a number of bi-racial couples and not one of them is together with the whole world just accepting it. I hear a lot of stories of racism, shaming and outright hostility towards couples of mixed race. For Ezra and Tuesday is just wasn’t an issue, which in one way is great, but the truth is, they’d have encountered bias sooner or later, and it felt like a missed opportunity to have you not really touch on it in an impactful way. That being said, I really enjoyed my time with Ezra and Tuesday and loved watching them fall in love. Final grade: B