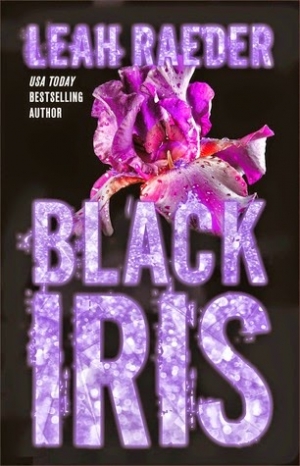 Your first novel, Unteachable, made waves. I admit I skipped it, because student-teacher relationships squick me out. It ends up being a hard no for me. But the premise of your new novel sounded interesting, so I wanted to give it a try.

Black Iris is a novel about revenge. It’s a vengeance story featuring a broken female protagonist who’s unreliable and more than a little bit unsympathetic. If you know anything about me, you’ll realize these are my weak points. I can’t resist this combination.

To be clear, Black Iris is a certain type of book that will appeal to a specific audience. I’m not 100% sure how it’s being marketed, since I don’t always pay attention to these things, but I get the sense this is supposed to be a new adult novel? Or at least that’s what I’m being told, and I think that will confuse some readers expecting a more traditional read. I doubt this will be an issue for people who read your previous novel, because it sounds like that wasn’t a traditional new adult novel either, but for new readers? They might be a little shocked, which could go both ways.

Black Iris isn’t your usual new adult novel. It’s not the type of college-set romance that’s come to characterize the category. It’s a twisting, psychological tale told by a young woman named Laney who’s been damaged and refuses to accept that damage in the ways society has taught young woman to bear it. I actually think this is a book that’ll appeal to people who liked seeing Amazing Amy in action in Gone Girl. Except Laney’s queer.

That’s the other thing about this novel. It features unabashedly, in your face queer characters. What I especially liked about it is that the characters don’t fit into neat little boxes. They’re not lesbian. They’re not bisexual. They remind us that sexuality is a spectrum and can be fluid throughout a person’s life. The novel’s depiction in that regard felt very authentic and true to me.

If you’re noticing that I’m not naming specific details that happen in the book, that’s deliberate. Black Iris is a book best gone into cold and with little idea of what’s in store. It’s a narrative that begins one way and as the book progresses, shifts the other as little details emerge. As the pieces fall into place, you realize something is askew and things are not what they seem. I personally love this kind of narrative structure, but it’s not for everyone.

I’ve previously heard criticism about your writing style. It’s definitely more literary than not. I thought the early chapters were overdone in that sense. But that smoothed out once Laney began interacting with other characters. The initial pages of monologuing in that particular prose style can be off-putting, which is why I want to tell interested readers that it’s a temporary state.

That said, I didn’t like the ways Black Iris broke the fourth wall. If a book aims to be metafiction, it needs to commit like House of Leaves. Otherwise, it’s just annoying. This is a very minor detail that doesn’t affect the plot so I’ll share it here. The book itself is supposed to be a novel written by Laney. That’s the conceit and justification for why it’s told the way it is. So because the protagonist is a writer herself, we occasionally get asides that I think are supposed to be narrative cues for readers to pay attention but end up reading obnoxious. How many reminders do we need to know that Laney is an unreliable narrator? How many snide remarks do we need to realize that Black Iris isn’t like those other new adult novels? Seriously, the disdain drips off the page when referring to broken girls healed by alphaholes with washboard abs. I’ll be the first to say that the new adult category has conventions that need to unpacking and diversity issues that need addressing, but those kinds of asides were very intrusive and distracting. Sometimes I wondered if it was Laney who felt that way or if Laney simply stood in as a convenient mouthpiece for the writer. Seriously, that’s what blogs are for, come on. I don’t need that kind of literary criticism in a book.

Ultimately, Black Iris isn’t a book for everyone. It’s a story about revenge, not redemption. It’s about rage, not healing. It tackles topics of bullying, mental illness, and the heterosexist society we live in. Not the kind of read everyone wants. But if you’re a reader who wants something a little challenging, this is definitely worth a go. B