REVIEW: A Bride for the Maverick Millionaire by Marion Lennox

From the wonderful descriptions in this book, I’d say that you enjoyed yourself on your cruise through the same locations. Only I hope you and your DH didn’t go overboard and need to consider whittling a waddy then adding roasted lizard to your menu. Book two in the “Journey through the Outback” series takes up where sister Amy’s story left off though I think that readers could start with either book and enjoy them equally. Barley sugar, anyone?

“Rachel Cotton has high hopes for her cruise through the beautiful Kimberley region–surely this will be the perfect chance to forget her past and enjoy some much-needed rest and relaxation? But gorgeous shipmate Finn Kinnard seems much more interested in stirring her up!

Finn might make Rachel feel all woman, but he also warns her that romantically he can’t be relied on. But when a high-octane adventure puts this claim to the test, Rachel discovers there’s much more to Finn than meets the eye–and that he might be just the man to entrust her fragile heart to….” 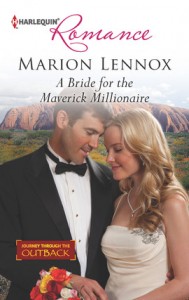 Once again you manage to construct two wildly disparate characters who, on the surface, are miles apart but who end up being perfect for each other. I also like that they’re friends and comrades – once they get past their initial prickly introductions – before romance enters the picture, both enjoying their to-the-death Scrabble games with Dame Maud. Each has to overcome deep seated beliefs which are direct results of past issues in their lives. Finn’s father made a game of seducing a certain type of weak woman while Rachel’s bastard of an ex-husband twisted truth and lies until the event that injured Rachel and killed their unborn child.

Finn sees petite Rachel and his mind immediately flashes back to his weak, fragile mother who depended exclusively on others. He has to learn by watching her that Rachel is one of the strongest women he’s ever met and would never fit the description of “helpless female.” In fact, it’s her agility – despite her gimpy hip – and expert knowledge of rocks that gets the job done when it needs doing. Geologist Rachel to the rescue! But then ever since he’d seen her slither though red dust on her back to get a glimpse of prehistoric cave drawings of wombats, Finn has known – deep down – that Rachel is special. And, devious man that he is, he knows enough to entice Rachel with Big Rocks – instead of the expensive chocolate that lesser men might resort to – when the occasion demands.

Rachel is a woman who’s been lied to in the past by someone whom she should have been able to trust. She senses that Finn isn’t being totally honest with her about who he is and what his family relationships are. She and Maud decide that he’s an honorable rogue. When she discovers exactly who and what he is, Rachel accepts that not everything is black or white nor need it be. Her trust had been shattered but through Finn’s careful treatment of his siblings and of his honorable treatment her, it is rebuilt and strengthened. Finn is also the man who asks about Rachel’s child and through talking about her lost daughter, Rachel can be sure that her baby won’t be gone to everyone except Rachel. Let me say that this part of that scene choked me up. Finn is the man who makes Rachel want to believe in men and their promises again. Both end up growing as people even as they fall in love.

Despite all the character growth over weighty issues, this isn’t a total angsty, downer of a book as shown in the deadpan humorous dialogue:

‘So we’re dividing labour according to sex? You want me to hunt and kill while you make fire?’

He grinned. ‘Be my guest. Go bash a barley sugar to death.’

‘I’m far too sensitive. They look at me with their big brown eyes.’ Then she saw his hands and her smile died. ‘You need to let me help. Your hands are already blistering with sunburn.’

‘Yours are prettier than mine to start with,’ he said. ‘Why spoil four hands? But you might usefully hunt and kill firewood. Does driftwood look at you?’

The meddling busybody character usually doesn’t work for me but as in “Her Outback Rescuer,” Dame Maud is a secondary yet essential component to the story as well. She’s an enthusiastic matchmaker, intrepid tourist and determined rescuer when those she loves are in danger. Anyone who tangles with her or makes the mistake of dismissing her concerns soon learns you don’t fool with Dame Maud. That also goes for Finn and Rachel when Maud thinks they need a swift kick to get back on the road to a potential HEA. Maud comes off more as a wise and loving mothering character instead of a pushy and interfering one.

The ending of the book did get a touch treacly and group hug-ish in contrast to the slightly acerbic, yet still funny, beginning. Still it’s a strong ending to the series – or is it? – and a lovely armchair tour of what sounds like a fabulous part of Australia. B