GUEST REVIEW: To Touch the Stars by Jeremy Pack

For happenstance news correspondent Tait Williams and newly minted astronaut Nicholas Sullivan, 1966 is a year of beginnings. Idealistic Tait dreams of changing the world with his pen, and Nick has his sights set on the moon. With the Apollo program in full swing, Nick is on the fast track to his dreams—even as Tait’s hopes of covering the Vietnam war are sidelined by a cause he doesn’t believe in: a correspondent assignment with NASA. It is here, in the golden age of the US space program, that the hearts of two men collide, setting them on a path of discovery spanning two decades.

From war-torn Cambodia to the decadence and heartbreak of the early 1980s, Nick and Tait come together time and again only to be ripped apart by social conventions and their own ambitions. As they strive to realize dreams that remain elusively beyond their grasp, through each other and the extraordinary people that touch their lives, they will come to understand that the things that matter most—the brightest stars of all—have been within their reach all along. 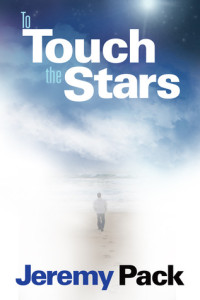 The blurb sums up the plot really well. I think in order for readers to decide, or at least to make an educated guess as to whether you would like this book, you need to ask yourself whether you like to read about people with dreams larger than life, about people who are not afraid to reach for the stars and make their dreams actually come true. Think about the stories, that are characterized as “staff of legends” coming true in real life and you have the story of Nick and Tate.

As you can see from the blurb, the characters are involved in the professions which in many ways changed the world in the 20th century – space exploration and the development of the TV journalism. I really liked that the author chose to portray them as men who pursue their professional passions with such idealism. This idealism and romanticism is also shown in the writing and it may or may not work for you. It worked for me in this book – I thought that the tone did suit the subject matter, but I can also see how for some readers, the paragraphs like this one may become overwritten and have a touch of purple prose:

“The camera closed on Tait. There was that sincerity Nick had been seized by so many times. Tait’s tone was reverent as he spoke. “In these deeply troubled times, America’s space program serves as a counterpoint to the tragedy and horror we face here on the ground. It exemplifies what a free nation can achieve when its means are purposed to a peaceful end. The courage and passion of Nicholas Sullivan, and the thousands of others who answered that call, have proven to me not only how worthy the cause, but how powerful the message: This… this is what we can achieve when we dare to touch the stars. Having come to know these brave, capable souls, I can only hope my portrayal over the coming months remains a fitting and worthy tribute”

The whole book is not written like this paragraph was, but you may encounter a similar tone more than once in the book. It worked for me, because I could believe it and I knew that many people in real life did experience that kind of enthusiasm and idealism when doing something new, which they believed would bring a lot of good for society, etc. However as I said above, beware if you do not like this writing style.

I do not think that I would call this book a romance in the strict genre sense. I think I would call it an epic love story with a happy ending. Tait and Nick really do not spend that much time together on page and they certainly do not spend that much time together time wise over the course of the book. They always remembered each other and sometimes their roads in life crossed, but something always happened almost till the end of the book to make them go in the different directions.

There is also no explicit sex shown in this book, so if you are the reader for whom explicit sex is important, this book is definitely not for you.

I did think though that the author showed really well that both guys were deeply in love with each other even when they were separated by being in different countries. I was so happy and content with both Nick and Tait’s characters.

One of the main reasons I wanted to review this book was because I wanted to talk about how this story portrays female characters. The portrayal of the female characters in m/m romance has become one of my hot buttons issues. I usually cringe when I meet another evil, over-the-top caricature of the woman and I want to clap enthusiastically when women in m/m romance are portrayed as human beings. When I first read this book after it came out last year, I really enjoyed its female characters. For the record, there are several lovely female supportive characters in this book, so I think I would have been okay even with a completely evil character being there too. After all, it is not like women could not be evil, it is when the only woman in an m/m romance is an evil one, then I start getting annoyed because I feel like the character in whatever book I am reading at that time is a personification of all women.

But that’s not what the author did there. There is a female character in this story, whom I would not call evil, but whose actions definitely contributed to keeping the main characters apart for much longer than they would have been apart otherwise. Although I found it impossible to relate to her initial actions and thought that she should have had many therapy sessions, I could pity her even in the beginning. And then I thought that the character was skirting the edges of that characterization that I had seen so many times before, but always avoiding it at the last moment. Did her actions keep the guys apart? Certainly that was part of it, but the guys themselves realize that their desires to pursue their work, their own insecurities kept them apart as well. And of course at the end this character did the right thing and at least I saw a deeply flawed human being, who also had a lot of good in her and both men seem to felt that way too. In any event, I thought it was an interesting characterization.

However, when I was rereading the book to prepare for this review, I still found myself wondering whether we really needed her actions to be the part of the guys’ long separation. I decided that since in many ways their separation came to be because of who Nick and Tait were and what they thought they wanted from life, if there were no scheming woman involved – their story could have been even more powerful.

I really liked many of the supporting characters in this book. Again, I want to say that I wanted to get to know so many of them. Even the character who had the tiniest part in the story was memorable to me.

When I was rereading the book, I also wondered how well the writer researched some of the settings. I know much more about the Soviet exploration of space in the sixties than I know about the US exploration, so I could not really be a judge of that, but I am going to try and read up on that – it sounded fascinating. B

Overall I enjoyed this book a lot.