What Janine is Reading, Listening To, and Seeing — Fall 2018

This is a fantasy set in a post-apocalyptic world on a Dinetah (Navajo) reservation which has survived at a time when much of the American Southwest has been flooded and is now underwater. Ironically, the reservation is desert-dry and water there is scarce. The book and its world are reminiscent of the Mad Max movies, but with much more believability. 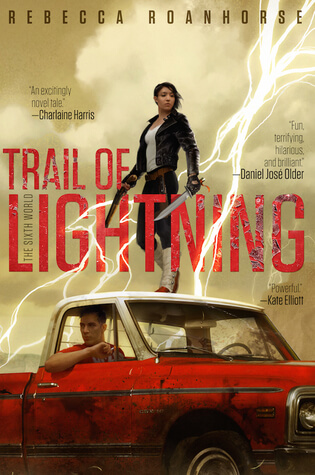 Maggie Hoskie, the book’s first-person narrator, has powers which come from her clan and since they make her effective at killing, she is also a monster hunter. Early in the book, she is asked to save a girl who was taken by a monster. By the time she kills the monster and finds his victim, the girl is gravely wounded.

Maggie also believes that the girl has been infected with evil, as she fears she herself has. At one time, Maggie hunted monsters alongside a deity of sorts, Neizhgani, who later abandoned her. Before he left, Neizhgani intimated that Maggie had been infected by a close-up encounter with monsters and that she could become a monster herself. Thus, Maggie kills the wounded girl, in what she sees as a mercy killing.

Shortly afterward, Maggie’s elderly friend, Tah, asks Maggie to temporarily team up with his grandson, the friendly, open Kai Arviso, who may have powers of his own. Since Maggie is so good at killing, she is haunted by Neizhgani’s words and she puts up barriers with other people, including Kai. Nevertheless, when they find an entire town full of ghosts, people killed by the witch who created the monster Maggie killed, Maggie realizes that she and Kai must team up to stop that witch.

This book was enjoyable, though dark. Maggie isn’t an easygoing character, but Kai balances her out, and there is the hint of a love triangle between Maggie, Kai, and Neizhgani. The worldbuilding is excellent and alongside the mortals, there are also immortals, including Coyote (Mai), whose presence is felt in the story. The book feels authentic, like the author knows her stuff (Roanhorse is Navajo/Dinetah herself).

I thought I figured out what was going on in the first quarter of the book and then spent the next two quarters waiting for some of the characters to catch on. In the end, it turned out I was only a little bit right—there was much more to it than I’d guessed. So I have to apologize for underestimating the cleverness of the plotting.

The middle of the book was less suspenseful than it might have otherwise been if I hadn’t jumped the gun with my theories. That’s not on the author, but entirely on me. Additionally, after finishing the book, I’m not entirely clear on one character’s motives, but since this is only the beginning of the series, I may learn more in the next installment. B+.

This audiobook published by The Great Courses was a fascinating overview of the research into the field of creativity. The author also gives his listeners many tips, strategies and exercises, which are summarized in a 100+ page PDF that comes with the audiobook. 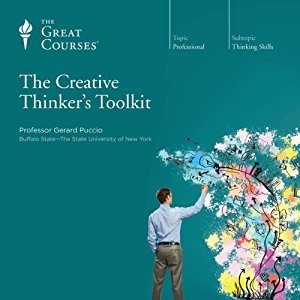 Gerard Puccio, the author and narrator / lecturer, is a Creative Studies professor at Buffalo State University of New York’s International Center for Studies in Creativity. You read that right—there is actually a field called Creative Studies! Puccio’s voice is clear and I liked his narration pretty well.

Although the main focus of the course is on applying the tools Puccio provides in a professional role, Puccio states that the techniques he teaches can be applied to careers outside “creative” fields as well as those within them, and that they can be used outside work contexts also.

Examples of those who exercised creative principles include people from many walks of life, including a motor company executive who believed cars should come in different colors, not just black, and had to convince his boss that he was right, and a groundskeeper who tends to tennis courts beautifully and creatively.

Many of the stories are interesting as well as instructive—for example, did you know that Frank Lloyd Wright had a fallow period that coincided with a time when he worked on his own, without assistants? I also loved Puccio’s personal stories about how he has applied these lessons within his own life and household.

I enjoyed this audiobook and learned a lot, so it gets a B+ from me.

In mid-October, I saw the Neil Armstrong movie, First Man. The film was good but not at all what I was expecting. The Gemini and Apollo missions were a big part of the movie’s focus, but the story centered at least as much on the emotional toll that work in the space program took on Armstrong’s marriage. The movie is essentially a marriage-in-trouble story. 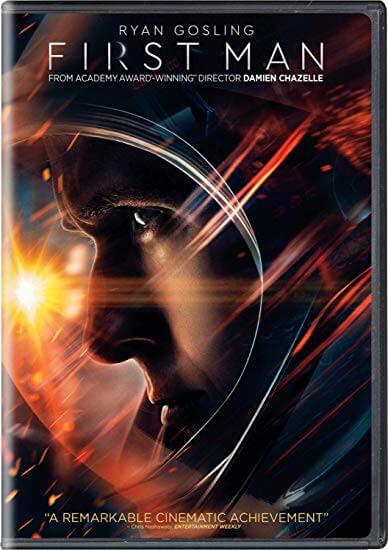 If there’s a central theme, it is dealing with death—the Armstrongs’ young daughter Karen dies of illness within the first few minutes of the film, and Armstrong is portrayed as a repressed and stoic man so his silent grief is part of the subject matter.

Also, if you’re a viewer who prefers fast-paced movies or if you expect an astronaut film to be filled with a sense of patriotism or glory, this is not the movie for you. The pacing is thoughtful and contemplative, and if the movie romanticizes anything it’s the deep quiet and mystery of space and the courage of the astronauts. The film is focused on how dangerous the space program was and how brave the astronauts had to be.

I stress all this because I went in with the wrong expectations, and I think I might have appreciated the movie better if I had not. But I did like it nonetheless, and the more time I have had to think about it after seeing it, the more I have come to view it as a very fine film. The acting was excellent, most especially in the case of Claire Foy, who plays Janet Armstrong, Neil Armstrong’s wife. But Ryan Gosling is very good too, and I’ve liked Kyle Chandler in every role I’ve seen him in thus far.

The costumes, props, etc. capture the 1960s perfectly, the music is lovely (but then after La La Land I expect that from Justin Hurwitz) and a lot of the shots are beautiful. Every so often, we see the moon in the night sky, and are reminded of what a great distance Armstrong must cross.