When Blue Bird and her grandmother leave their family’s camp to gather beans for the long, threatening winter, they inadvertently avoid the horrible fate that befalls the rest of the family. Luckily, the two women are adopted by a nearby Dakota community and are eventually integrated into their kinship circles. Ella Cara Deloria’s tale follows Blue Bird and her daughter, Waterlily, through the intricate kinship practices that created unity among her people. Waterlily, published after Deloria’s death and generally viewed as the masterpiece of her career, offers a captivating glimpse into the daily life of the nineteenth-century Sioux.

Our recent discussion of multiculturalism brought this book to my mind. I first read it a few years ago, after reading some of Kathleen Eagle’s books, when I was trying to find more accurate information about Native Americans in the 19th Century. And I can honestly say that short of time traveling, this is probably as close to the real thing as we’re going to get. 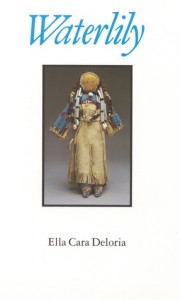 Deloria was born in 1888 to a prominent Yankton Dakota family. Her father was an Episcopal minister and she was partly raised on the Standing Rock Reservation. She spoke both the Yankton and Lakota dialects and spent much time recording oral histories while working in anthropology and ethnology. She got it, as it were, straight from the mouths of those who had lived the life.

“Waterlily” is her story of life on the plains during the 19th century just as the white man was beginning to enter Lakota life. It’s told mainly from the point of view of the women and not the warriors or holy men. It’s not told as a remembrance but rather shows the life of one young woman from birth to young adulthood. And through her story, we get a window into the complex social structure that undergirds Lakota life as well as the more day to day mundane tasks that filled her life.

Waterlily is born then raised in the tight social circle of her family unit or tiyospaye. There she learns the correct social kinship which was required among a people living in such close physical proximity. Manners were everything and without everyone knowing his or her place in the greater scheme of things, life would have been untenable.

As I read about how loving grandparents gently corrected and instructed their grandchildren, I couldn’t help but contrast it to behavior I see in public now. There’s a funny scene in which Waterlily’s family listens in horrified amazement as a relative and his wife tell them about how they’ve seen white parents interacting with their children in a newly built fort. Striking a child? Yelling at them? Such things would never be done in the camp circle.

We see how important the rituals of daily life were, how one brought honor to himself and his kinsfolk by giveaways, how everyone in the extended family worked together to make life pleasant and how the delicate kinship avoidance rules could alleviate any and all in-law jokes.

The Sundance is described in such a way that we can grasp how important it was in bringing the people together to support men who had made vows in support of their family and community. Modern eyes might view it as distasteful but to the Lakota it was something to be honored. 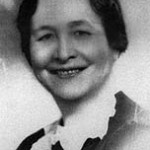 Deloria avoids romanticizing anyone and presents Waterlily’s real father as something of a layabout before he acts like a total ass and divorces Blue Bird, her mother. But things work out for the family as shown by Blue Bird’s second husband and how he quietly supports his family. Lakota marriage is shown through Waterlily’s first marriage as well as her second which follows the beginnings of the scourge of diseases which were brought to the Plains people.

Though the book isn’t a romance per se, Waterlily does find love with someone. But it’s a quiet, dignified love which befits a people who didn’t wear their hearts on their sleeves and emote about their “feelings” eight times a day. The slower, leisurely presentation might bore readers who want Action! on every page but if you’re looking for a book about this long gone lifestyle from someone who presents it with love and careful attention to detail, check out “Waterlily.”