Warning: mysqli_query(): (22032/3141): Invalid JSON text in argument 1 to function json_contains: "Invalid value." at position 0. in /home/customer/www/dearauthor.com/public_html/wp-includes/class-wpdb.php on line 2187
 REVIEW: The Year We Hid Away by Sarina Bowen
September 11, 2014

REVIEW: The Year We Hid Away by Sarina Bowen 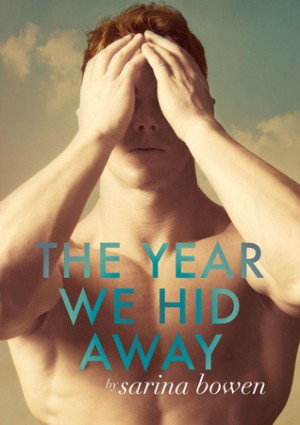 Jane read your first book in the Ivy Years Series, The Year We Fell Down, and really enjoyed it. I’ll be honest, I was hesitant to read it because generally speaking, I’m not a big fan of “issue” books. I like my romance straightforward with the issues coming internally, rather than externally. But why I ever question Jane when she directly says to me, “I’m sure you’ll like these books” is beyond me. So this weekend I opened The Year We Fell Down and gobbled it up in giant bites. Of course, I immediately bought and gorged on book two, The Year We Hid Away, which I think I enjoyed even more that The Year We Fell Down.

Shannon Ellison is fleeing her life. The daughter of a well known former NHL star, and current hockey coach who is now accused of molesting multiple young boys, she wants nothing more than to escape the relentless news reporters and ooglers who chase her family and have made her a prisoner in her own home. She honestly doesn’t know if her dad is guilty. He was a pretty horrible father, always cold and critical. All she wants is to escape her family. She does this by legally changing her name to Scarlet Crowley and fleeing to Harkness College where she hopes no one will recognize her. Her senior year in high school was awful. She became an outcast, despite being a well recruited, extremely talented hockey player. She lost friends, and her position on the squad. Now, she just wants to start over.

She arrives at college, immediately informs the hockey coach that she can’t play for her, and tries to get on with her life. She enrolls in a Stats class and meets Bridger McCauley. He’s gorgeous, a former hockey player and seems really friendly. Bridger also has a secret. Since his dad’s death, his mother has become an addict. The last time he was home, he found drug paraphernalia on the dining room table, and he promptly removed his seven year old sister, Lucy from the home. He’s been hiding her in his dorm room ever since. He has no family in the area and is unwilling to tell his secret to anyone. He knows his best friend Adam’s mom would take Lucy in, but she’s just started college (the first thing she’s really ever done just for herself) and he doesn’t want to impose upon her generosity and kindness. No, he’s determined he’ll care for Lucy. She’s his responsibility. But he knows that if Social Services finds out about his mom or that he has Lucy, they’ll remove her from his care. He’s bound and determined that won’t happen.

Bridger catches Scarlet staring at him in Stats class. They strike up a cautious friendship, with him offering to help her with Stats and her offering to help him through Music Theory. They’re absolutely attracted to each other, but neither can take that next step because of their secrets. But the more time they spend together, the more tempting they become to each other. Once they finally do act on that attraction, they want nothing more than to be with each other, but Bridger really can’t build a life outside of caring for Lucy and Scarlet is terrified of her secret coming out. When Bridger finally confesses to Scarlet what is going on, she’s touched and impressed with his deep and abiding love for his sister and she begins to help them. But she knows the longer she’s with Bridger, the more likely he is to find out her secret. And she knows that if it comes out, she could risk both losing him, and negatively impacting whether he can keep custody of Lucy. But when Scarlet’s father’s attorneys and the States Attorney begin chasing down Scarlet to testify, she knows her secret will come out. Will the fragile relationship she and Bridger have been building be strong enough to withstand the storm?

I’ve been reading New Adult books for a while now, and so many of them are filled with what I’d call “pseudo-angst” or angst that feels manufactured, rather than a genuine plot point that propels the story forward. But both Scarlet and Bridger had true issues. Tough ones that informed their priorities and provide a true tension to their love story. I felt like the story had a few loose threads that I’d have liked to see you build upon, most specifically Scarlet’s love for music, which seemed so big at the beginning of the story and then was somewhat left by the wayside once the action began. But overall, the story is extremely well plotted. The characters both grow and change throughout, and it’s got a really fascinating hook to it. As usual, Jane was right. The Year We Hid Away was right up my alley and definitely one of a few New Adult books that I’ve read recently that truly resonates. Final grade: B+