During my junior year of high school, I happened to take AP European History. I recall many things from that course, but what I chiefly remember is the section on the French Revolution. Perhaps it was my general interest in all things French during that phase of my adolescence, but I seem to remember that I was especially fascinated with the Revolution more than any other section we studied. I sympathized with the sans culottes. After all, I too felt oppressed on a daily basis by the petty authoritarianism of high school politics. I was of the opinion that there was nothing as perfectly natural as wanting to behead aristocrats, an opinion I maintain to this day. 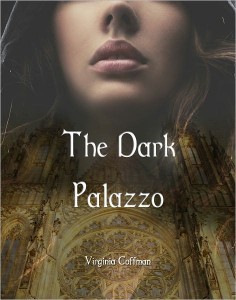 I was honestly baffled by my fellow students who sympathized with the aristocracy. It seemed absurd to me. Not only were they not aristocrats, but they never would be. None of their ancestors were aristocrats and in all likelihood, should they ever travel back in time, they would have undoubtedly have been one of the unwashed masses cramming the sewage littered streets leading into the Place de la Revolution. I, at least, had the awareness that I was more likely to be Madame Defarge than the Scarlet Pimpernel.

The reason I mention this long ago high school memory is because as much as I love my dukes and earls in my historical romances, I’m a bit disturbed by their sheer number. There’s something I find ideologically disturbing in how the French Revolution gets cast as some Great Tragedy in the annals of history as opposed to something more akin to our own American Revolution. I don’t really understand why the French are always the villains, especially considering that from a philosophical perspective the ideals of the French Revolution were not so very different than America’s, today or yesterday.

Flash forward to me sifting through books at the annual library book sale. I just so happened to pick up your book, The Dark Palazzo. I guessed it was a gothic based upon its cover and, although I had never heard of you before, I also suspected it was a romance. I think I paid $1 for it. And boy, am I ever glad that I did.

The Dark Palazzo is, in many ways, the quintessential gothic. It begins as Rachel Carewe, daughter of the British Ambassador to Venice, disembarks on the Grand Canal her companion, Miss Dace, in tow. Miss Carewe has come to Venice to live with her long-estranged father who she hasn’t seen for the better part of a decade. Around the time that Rachel was twelve, her French mother took her back to France when she returned to her own people. Unfortunately, she did so right before the Revolution. Since that time, Rachel has endured many trials and tribulations, not least of which was a stint in the Conciergerie and the death of her mother.

The novel is set during that strange period of time when Napoleon was not yet Emperor, but merely the general of the Revolution armies. The Venice that Rachel enters is one that is decadent, decrepit, and divided between the Austrian Empire and the shoe-less soldiers of the French army as it pushes its enemies back beyond their borders. Venice is teetering on the brink, caught between two ideologies and the armies that represent them. It is awash in spies and displace aristocrats from various countries. At the center of all this is Rachel’s father, Sir Maitland Carewe—called the British Lion by the Venetians—holds the dubious distinction of maintaining Venice’s precarious balance between the various European forces now encroaching upon its borders.

It’s into this political bumble-broth that Rachel must navigate, gondolier or not gondolier. For herself, Rachel desires some kind of peace and quiet. A sense of home that has been deprived of her since the first sallies of the Revolution. Alas, because this is a gothic, this is not to be. Her father’s home is no haven to Rachel, run as it is by the housekeeper, Signora Teotochi, a beautiful and cunning woman who appears to resent Rachel’s appearance and position as lady of the house.

As for her father, Sir Maitland Carewe has changed. He’s aged. No longer the Lion she remembers him being, Carewe’s formidable personality seems to have diminished in the decade since Rachel last saw him. With the exception of her English companion, Miss Dace, there are none who remember her. When she goes to seek out her father’s First Secretary, a man who has known her since earlier childhood, she finds that he has been replaced and no one, apparently, has any idea what has happened to him.

Before long, it is Rachel’s own identity that is being questioned. Signora Teotochi has planted seeds of doubt her father’s mind. Every dinner becomes a test of her memory of the past. More strange still, there’s a man loitering about the canals outside the Carewe Palazzo. Calling himself Messire Livio, the gentleman seems to be some kind of tarnished gentry, slight and bespectacled. But behind the spectacles and the slightly effete mannerisms, Rachel suspects is a different sort of man, someone who seems to be hiding. But what Messire Livio interest in the Carewe household is, is not certain.

I very much enjoyed this book. As I said, it is in some ways quite a traditional gothic and there are not that many surprises when it comes to the plot in this respect. Yet, what I found compelling about this book, more than the ubiquitous mystery at the center of Venice, was how France, the French, and the French Revolution were treated.

Part of Rachel’s character arc is realization that she does not belong in Venetian society, nor British society either. The Revolution has changed her. Not simply because of the deaths and destruction she has witnessed, but the ideals behind it. She has spent her adolescence and young womanhood in a place that does not demand she submit her will to any father, husband, or step-mother. The strictures of Venetian life began to chafe at her, and slowly, Rachel comes to the realization that she is not English, cannot be Venetian, and is, most shockingly of all, a citizen of the Republic of France, one and indivisible.

Parallel to this personal journey, is Rachel’s falling in love with the mysterious Messire Livio.

[spoiler]Messire Livio, it turns out, is a Corsican spy, sent ahead of Napoleon’s armies to make a treaty with the Doge behind Austria and the Council of Ten’s backs. Livio is not an aristocrat and he may not even be a gentleman. Technically speaking, he isn’t even French. The fact that it is this man, not a British spy or a British aristocrat, who plays the hero, is really the thing that is different about this book. I’m not entirely sure if the history is correct, AP European notwithstanding. And certainly, it takes an idealistic view of the Revolution. However, not anymore idealistic than the view most historical romances take of the British army.

I think this totally unexpected viewpoint of history is best summarized by the last paragraph of the novel which goes as follows:
“And we three started out across the lively square of San Marco. The great red and gold banner, the Lion of St. Mark, beat at its talk staff. Beside it was the bright Tricoleur of France, to guarantee, as I hoped, the liberties of Venice. After a few minutes, Livio and I looked at each other and smiled, and we were thinking not of the painful past, but of the future, of those glorious years to come in the new century.”

The love story and mystery are all superbly done and since this is an older novel, there isn’t much sex. But what shifts this book into a remarkable category, is the sheer novelty of the treatment of the Revolution, which I think I have never seen before. For that fact alone, I would recommend this book. Fortunately the romance and the mystery are worth reading in and of themselves, especially if you like late 1960’s gothic novels as much as I do. B+

Digital editions are now available on Kindle and at Barnes & Noble for $2.99.