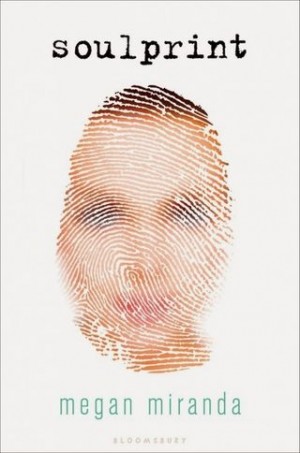 I always look forward to reading a new book of yours. Your latest novel, Soulprint, has an interesting premise. What if we gained the ability to track a person’s soul via their DNA? What if we kept that information in a database? And what if we used it to track a person across their various lives? Should a person be held responsible for the crimes of a previous life?

Alina Chase grew up alone and isolated on a prison island. Her previous incarnation, June, was responsible for hacking into the soulprint database and blackmailing people with the information she found. June’s infamy led to Alina’s preemptive incarceration, something she’s always found unfair.

When three people help her escape the island, Alina discovers their reasons aren’t so altruistic. In fact, one of the people is someone she never wanted to see again. And even worse, despite the fact she’s always insisted she’s nothing like June, Alina learns she may not be so different from June after all.

People expecting hardcore science fiction worldbuilding aren’t going to find it here. I don’t want to say there aren’t YA novels that don’t have the level of worldbuilding you’d find in adult SF because I’m sure there are, but in my experience, the level of detail generally doesn’t compare. That doesn’t bother me, but I know it bothers other readers so I wanted to make it that clear up front. You either accept the premise or you don’t. I personally thought Soulprint was more of meditation on the idea of reincarnation rather than the nitty-gritty of how it worked.

Alina’s internal conflict was an interesting one. She’s been told her entire life that her previous incarnation was a bad person. There’s a movie about June that airs every year on Alina’s birthday. She doesn’t have a separate identity. The entire world knows her as the girl who used to be June. That’ll give anyone a complex.

So I understood why Alina made the choices she did. June was right-handed? Well, she’ll train herself to be left-handed then! (This is a clever reversal to the way left-handed people are sometimes forced to become right-handed, because it’s viewed as aberrant.) June was good at math? Alina will show no interest in math at all. That kind of expectation and pressure will encourage contrary behavior, in my opinion.

Everyone sees similarities to June in Alina — but the question is are those similarities legit or do they see those traits simply because they expect to? The expectations of others can have a massive effect on us.

We’ve discussed the reincarnated love trope here on Dear Author. Some people love it. Some people hate it. I’m pretty ambivalent about it. I will say that I liked what Soulprint did with it. That just because you loved someone in a previous life, it doesn’t mean you’ll love them in this one. It might mean your souls will be connected somehow, but that connection isn’t necessarily romantic. And again, there’s the burden of expectation again. If you loved someone in a previous life, do you genuinely love their next incarnation in this one or do you only think you do because of that prior connection?

I thought the hints June left behind for her next incarnation were clever. Granted, it required a huge leap of faith that Alina would be able to find them in the first place. If she hadn’t gotten off the island, those clues would have been remained unfound. Despite the fact that I think Soulprint argues against the idea of souls remaining exactly the same from incarnation to incarnation, I do like that it still plays with the idea of a bigger pattern in the universe.

Two subplots that felt a little lacking to me were the Dominic storyline and mystery of what happened to Casey and Cameron’s sister. It just seemed a little too pat that Dominic’s previous incarnation was that person and that the sister’s fate was resolved in such an anticlimactic way. I don’t think the outcomes needed to be different, exactly, but they felt a bit shallow compared to everything else going on in the book.

I don’t know if I’ve just been in a good mood lately or if I’ve finally hit a run of good books after a dismal 2014, but I enjoyed Soulprint. I think you’re an underrated author, and I wish more people would read your books. For people interested in a different sort of reincarnation book, this one is worth checking out. B+