Hello down there in hot, steamy Florida. Lots of authors might choose various contemporary locations in that state for their books but I love that you’ve staked out early 19th century Florida and sea captains, privateers and pirates for yours. Then you smooth on a layer of Yanks vs the Brits to really spice things up. We weren’t quite in the same league with the British yet but with the Baltimore built schooner that Captain David Fletcher sails so successfully, we were on our way. 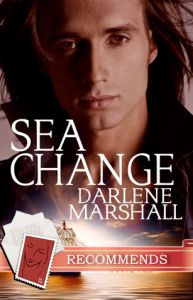 Charlotte “Charley” Alcott has been trained by her doctor father since she was a child but after his death, she has no relations in England to gladly take her in and the ones she does have would probably want her to give up what she loves best – trying to heal people. So with her square face, tall build, and blunt features helping to hide her gender, she works out a deal to act as a ship’s doctor for passage to her godfather in Jamaica. There she hopes to be able to continue her studies with him. And everything was going just fine until the “Fancy” shows up. Her masked captain and crew steal everything not nailed down including one young Dr. Alcott.

David Fletcher badly needs a doctor to help his injured younger brother. Alcott looks young but he seems competent and David gives him no choice in the matter. Once Alcott proves himself, David is also not inclined to take the man to any port where he might leave the company of the “Fancy.” The crew like him and David finds Charley to be an intelligent person with whom, as the ship’s Captain, he can relax, play chess and enjoy a good evenings conversation.

Henry Fletcher, who cleverly figures out early on exactly what Charley is up to, warns her that when David discovers her secret there’ll be hell to pay. But Charley is enjoying the respect she’s getting as a doctor and relishes the opportunities to improve her knowledge. She’s also falling dangerously in love with this man who is as handsome as she is plain. Will he ever see her as a desirable woman. Could they possibly have a future together? And where will the enemy British Navy strike next during this War of 1812?

Thank you, thank you for having Charley practice state of 1814 medicine. She bleeds people, she realizes when amputations are the only way to save someone’s life and if she’d had them, I’ll bet she’d have applied leeches left and right. She’s also a natural doctor whose first concern is always her patients and who lives for new and interesting things to study and learn about. She has a fantastic bedside manner and knows the importance of having a ship’s cat to keep down the rat population. Can you tell I love the kitties? Her confidence in what she knows also gives her the strength to stand up to Captain Fletcher’s initial overbearing manner and earns her his respect as well as that of the crew. I smiled with her to learn that the crew enjoys not only showing up for sick call but then rehashing in exquisite detail every aspect of their illnesses, injuries and what “their” doctor did to cure them.

David begins the book as an arrogant ass but quickly learns he can’t boss the stripling Charley around. And that’s when he starts to relax and enjoy Charley’s company as a way to de stress from the pressures of being in total control of his ship and responsible for the crews’ lives. He even begins to worry about young Charley who has obviously never,… um, …you know! The scene where he force marches Charley to the finest little whorehouse on the island with orders not to leave before he’s sampled the best is a scream. Never let it be said he doesn’t have the best interests of his “men” at heart. Yet Charley manages to turn the night into another wonderful learning opportunity by quizzing the ladies about their work, thoughts on men and the best way to deal with the creatures. David’s amazement at Charley’s supposed prowess – based on the way the smiling whores wave “him” off – caps the whole episode.

The Big Reveal is done in a dramatic yet funny way with Charley almost pulling David under with her after she falls overboard and he tries to rescue her. His outrage at her deception is almost as great as the delusion the crew happily indulges in when David tries to “out” Charley to them. They know a good doctor when they’ve got one. David finally realizing the truth also allows him to explore those feelings he’s been feeling for Charley and which he was almost ready to give into regardless of her gender. And the sexing is hawt! Though I wonder – just how far does sound carry through a ship? I’m glad that Charley is realistic about their relationship- if this is all she might ever have, by God she’s going to enjoy it – and willing to take it for what it is. That is until the separation then final reunion. Then I’m glad she knocks David’s block off both physically – I do also agree with Charley’s anger at David’s delay – and with her newfound feminine confidence in her improved clothes and better styled hair. Thank you also for not simply removing some spectacles and revealing a swan.

David’s ultimate plans dovetail nicely into the situation you’ve set up. Sailing is his life and one that Charley has discovered is for her too. It will also allow her to continue to heal people though hopefully not from the effects of war anymore. David and Charley are now matched perfectly with strength meeting strength as well as making up for weaknesses. I’m sure there will continue to be fireworks aboard their new ship the “Harpy,” which BTW I love the name of, but they seem to be off to a good start. But where’s Pirate? I hope they’re sailing with their First Cat on their new adventures. B+